Anatomy of an IRS Phone Scam

Despite the IRS' attempts to shut it down, this scam keeps reappearing. Make sure your clients don't fall for it.

Tax day has come and gone — a huge relief to millions across the country. But for an ever-expanding group of Americans, the reprieve may be short-lived. Most of us remain in the crosshairs of a highly charged campaign to collect back taxes. If your clients have not yet received one of the menacing telephone calls threatening heavy fines and jail time (or deportation), they are likely to get one soon. The problem is, it is not the federal government that has been or will be calling. It is a collection of criminals masquerading as IRS agents trying to dupe honest taxpayers into paying money they do not owe.

It is a scam the IRS has continually tried to shut down and warn against, to no avail. The calls keep coming. The fraudsters getting more bold and crafty. The register of victims growing longer and longer — the IRS estimates more than 5,000 since 2013 doling out roughly $30 million in bogus claims. Not to mention the legions of people savvy enough to sidestep the swindle but not before suffering through the threats and bullying so central to the scheme.

According to IRS Commissioner John Koskinen in one of the many Consumer Alerts the agency has released on the subject, “these schemes touch people in every part of the country and in every walk of life. It’s a growing list of people who’ve encountered these. I’ve even gotten these calls myself.”

The calls are frightening to say the least, preying on the common fear that hell hath no fury like the mighty Taxman scorned. The fake IRS agents will say and threaten to do just about anything to accomplish their dastardly deed. NPR recently released the full audio from one of these calls as part of its own investigation to hunt down these indefatigable thugs. It suggests the typical scam has five distinct stages, if the victim allows it to proceed that far.

1.  IRS calling. First, the caller claims to be from an IRS call center, pronouncing that the victim owes the IRS a significant sum in back taxes. The amount allegedly owed is usually kept under $2,000, a threshold amount calculated to result in the strongest likelihood of payment without undue investigation. In the NPR call, the alleged debt is a very realistic $1,986.73 accompanied by a threat of five years in jail if the victim refuses to pay.

2.  Mum’s the word. Second, the caller warns the victim to keep quiet about the alleged debt, exploiting the universal disquiet of being perceived as a tax cheat or deadbeat. It is a dread particularly acute these days with background checks and social media sweeps increasingly part of the job application process.

3.  Checks not accepted. Third, the caller details how payment should be made. Apparently, they do not take checks or credit. Too easy to trace. Only prepaid debit cards or wire transfers will due. The fraudster recorded by NPR demanded money sent by Western Union or Moneygram, or from a Wal-Mart store. 4.  Making it personal. Fourth, perhaps emboldened they have made it this far into the scheme, the caller identifies a particular individual — not the federal government — as the recipient of the transferred funds. On the NPR call, it was a “Gabriel Porter” in Boston to whom the funds were to be sent. Presumably the name and location changes frequently to avoid detection.

5.  By any means. Finally, the caller will employ whatever additional means are necessary to seal the deal and keep the victim from speaking out. It can get nasty. In the NPR call, for example, the victim’s request for a receipt following payment was met with a verbal harangue of inappropriate suggestions about where she could find the sought-after receipt.

This mix of bullying and cajoling is obviously calculated to intimidate victims into complying with the demands without asking too many questions. But they should also be a clear indication the call is a hoax. In warning against these scams, the IRS has underscored it will never: (i) call to demand immediate payment; (ii) call or email to verify personal or financial information; (iii) demand payment without an opportunity to question or appeal; (iv) require a specific payment method; (v) ask for credit or debit card numbers over the phone or e-mail; or (vi) threaten immediate arrest for not paying. According to the IRS, any one of these things “is a tell-tale sign of a scam.”

The bottom line in all this. Don’t let your clients be fooled. Unless they owe the IRS taxes or have reason to think they do, the IRS will not come calling (or emailing for that matter). As Commissioner Koskinen so succinctly puts it, “if you are surprised to be hearing from us, then you’re not hearing from us.” So the best advice is to just hang up the phone. It is as simple as that. 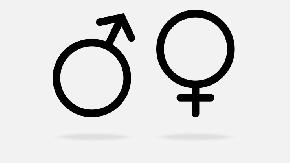