6 Economic Predictions for 2016 and Beyond: SIFMA

Weaker-than-expected economic growth prompted the Securities Industry and Financial Markets Association’s economist roundtable to lower its outlook for real GDP growth in the U.S. this year to 1.8%, strengthening to 2.3% in 2017.

The current 2016 outlook of the SIFMA Economic Advisory Roundtable is a lot weaker than its year-end prediction, in which it forecast 2.5% U.S. GDP growth and a return of inflation to the economic picture.

“The Roundtable does expect economic growth to top 2% in the second half of 2016 and in 2017 as inflation inches closer to the [Federal Open Market Committee]’s 2% goal,” said the Roundtable’s chairman, Stuart Hoffmann, the chief economist at PNC Financial Services Group, in a statement.

“Thus a funds rate hike in the summer quarter and another in the winter quarter remains the majority forecast, if just barely.”

Following are the results of the Roundtable’s midyear survey, completed June 3, on questions about the economy, monetary policy, interest rates, factors affecting growth, the U.S. election cycle, the United Kingdom’s possible exit from the European Union, and oil prices.

More than 90% of respondents said they did not expect the FOMC, meeting June 14 to 15, to raise the Federal Reserve’s target rate range. (They were right.) Some two-thirds expected a hike to occur in the third quarter, with the balance expecting this in the fourth quarter.

Just under half of respondents expected only one rate hike this year, while the remainder expected two. A little more than two-thirds predicted three rate hikes for 2017, and the rest said there would be four.

Survey respondents said labor market conditions would have the biggest influence on the FOMC’s decision to raise rates, followed by readings of financial developments, inflation or inflationary expectations and real economic activity.

Asked when the lower end of the target federal funds rate range would reach 1%, a third predicted the first quarter of 2017, 29% forecast the second quarter and the balance said it would happen in the second half of next year.

As to when the Federal Reserve’s complete reinvestment policy would end, responses ranged from the fourth quarter of 2016 to the second quarter of 2019, with most clustered around late of 2017 or early 2018. 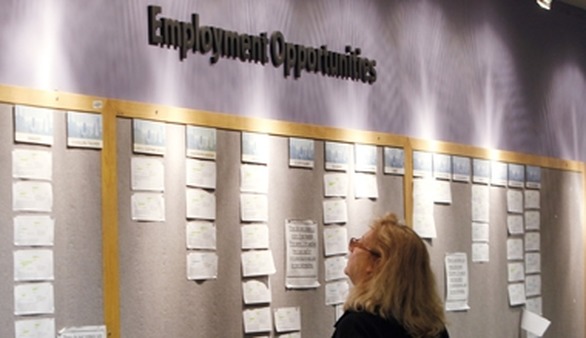 The median forecast called for this year’s GDP to grow by 1.8% year over year and by 2% fourth quarter to fourth quarter, weaker than the 2.5% predicted on both timeframes in the year-end 2015 survey.

Survey respondents were optimistic about improved employment, expecting the unemployment rate to fall from an average of 4.9% in 2016 to 4.6% in 2017.  They saw employers increasing their payrolls by 2.3 million workers in 2016 and by 2 million in 2017.

Estimates for business capital investment for full-year 2016 weakened considerably in the midyear survey, to a 0.4% decline; however, it is expected to improve to 3.5% in 2017.  The outlook for state and local government spending weakened slightly to 1.6% growth in 2016 and 1.7% growth in 2017.

The forecast for 1.2% “headline” inflation, which is measured by the personal consumption expenditures chain price index, was lower than the year-end forecast of 1.6%, and is expected to rise to 1.9% for full-year 2017.

Respondents cited FOMC interest rate policy as the dominant factor affecting Treasury yields in the second half of 2016, followed by economic growth prospects and inflationary expectations.

Seventy-two percent of respondents expected the Treasury yield curve — the fed funds-to-10-year Treasury yield spread — to flatten by year-end, with the balance split between expecting the curve to either steepen or remain unchanged.

The survey asked respondents to rank factors that could affect U.S. economic growth in the second half. They said business confidence was the most important factor, followed by private credit market conditions and the Fed’s interest rate actions.

Developments in the eurozone, U.S. fiscal policy and developments in emerging markets trailed as factors that could influence growth. One respondent noted the Nov. 8 presidential election as a factor as well.

Respondents were pretty much in agreement on upside and downside risks to the growth. On the upside, they mentioned stronger-than-expected consumer spending, housing and labor markets.

On the downside, they were mainly concerned about the negative effect of a downshift in global economic growth and business spending weakness. They also cited financial market volatility, the job market and a strong dollar.

Fifty-seven percent of respondents agreed that the upcoming U.S. presidential election would affect GDP growth, largely because uncertainty would suppress both consumer and business spending.

Respondents unanimously expected British voters to choose to remain in the European Union in the June 23 referendum. When asked about the potential impact of a U.K. exit, respondents were unconcerned.

With just a week left before the vote, their blasé attitude may be misplaced. A recent NBC News poll of British voters found a dead heat between voters who wanted to remain and those who wanted to leave.

In a front-page editorial published Tuesday, British tabloid The Sun endorsed exit from the EU under the headline “BeLEAVE in Britain,” echoing a slogan of the U.K. Independence Party.

Respondents estimated that the most likely scenario—oil prices remaining in the $41 and $50 per barrel range—would not affect economic growth, similar to the year-end 2015 forecast.

They predicted that WTI would settle at an equilibrium price of $62.50 per barrel in three years’ time, assuming continued moderate global growth.