Team will pick up advisory fees on first $100,000 invested by front-office employees and former players, to whom Wealthfront will provide financial education.

The San Francisco 49ers lost their pre-season debut game at Levi’s Stadium this weekend 34-0 to the Denver Broncos. But their employees and former players are being given the chance to score some financial gains thanks to the team’s new partnership with robo-advisor firm Wealthfront.

“As of today, they are the first professional sports team to help secure the financial health of their front-office employees and alumni with free, automated investment services,” explained Wealthfront CEO Adam Nash in a blog post last week.

“With more than $1.3 billion under management from clients in almost every imaginable profession living in all fifty states, we’re excited to be working with the San Francisco 49ers to extend the benefits of automated investing to an even broader millennial audience,” Nash noted.

As part of the deal, the 49ers will cover advisory fees on the first $100,000 each individual invests with the automated investment service, Nash says. For its part, Wealthfront will provide financial education for both current employees and team alumni.

“The NFL is an unbelievable experience for any young athlete,” said Ronnie Lott, who played for the 49ers from 1981-1990, in a statement. Lott, who is a Wealthfront investor, said players “make a lifetime’s worth of money in a short time period, but they need help planning for the long term. I think Wealthfront can be a huge part of the solution.”

According to advisor Gerard Klingman, who runs Klingman & Associates, an RIA affiliated with Raymond James in New York, the key word in this arrangement is “part.”

“Young, professional athletes need all types of financial planning advice from budgeting from buying and owning real estate to estate planning, prenuptial agreements and tax planning,” Klingman said in an interview with ThinkAdvisor.

“Investing is only one part of financial planning for professional athletes,” explained the advisor, who has worked with some 40 current and former football and hockey players over the past 25 years. “It’s just one small part. Professional athletes need significantly more financial-planning services.”

Still, he adds, there’s some positive takeaway from the 49ers-Wealthfront news. “The athletes are not being exposed to [those] motivated to put them in high-commission or fraudulent investments,” Klingman said. “They will have transparent fee-based investments…and could do worse than work with a robo-advisor. At least, the investments are liquid.”

Many professional athletes—some argue the majority—have a poor record of success at managing their money. Notable football players who went broke include Terrell Owens and Michael Vick.

Many of the affected players—including Vernon Davis of the 49ers—were clients of now-barred financial advisor Jinesh “Hodge” Brahmbhatt and his now-defunct investment advisory firm, Jade Private Wealth Management, which FINRA said referred clients to Success Trade in exchange for kickbacks.

Nash insists its millennial-focused formula can help, rather than hurt, athletes.

“Last year, when Wealthfront spread to all 50 states, we saw an interesting pattern develop: professional athletes signing up for the service,” he explained in his recent blog. “As a result, we started looking into the specific financial challenges that face athletes and former athletes and how they navigate issues associated with windfalls.”

In addition to Lott, the financial group has the backing other savvy ex-49ers, such as Harris Barton, who is one of Wealthfront’s roughly 50 individual investors. Barton played for the team from 1987-1998.

(Along with Lott and Joe Montana, Barton started Champion Ventures in 1999, a fund of funds that was later renamed HRJ and then acquired by Capital Dynamics; Barton now runs H. Barton Asset Management in Silicon Valley.)

Another Wealthfront investor is Cipora Herman, the 49ers’ CFO and a former Facebook executive.

Market conditions aside, there are many situations that make pursuing a broker-dealer change inappropriate. 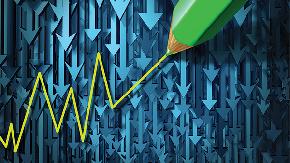 The firm is looking to drive down advisors’ costs during this challenging time, it says.