Also, the Hedge Fund Association has formed a new academic advisory board and Jennifer Pryce is to become president and CEO of the Calvert Foundation.

The Consumer Financial Protection Bureau (CFPB) announced Wednesday that Steve Antonakes has been officially named deputy director of the agency. Antonakes, who had been acting deputy director, will keep his duties as the associate director for supervision, enforcement and fair lending at the CFPB.

CFPB Director Richard Cordray said in a statement that Antonakes “has adeptly led — and will continue to lead — our supervision, enforcement and fair lending teams. Steve’s experience, his knowledge and his judgment are vital in helping us achieve our mission of fostering a thriving, sustainable marketplace for both consumers and responsible businesses.”

Antonakes’ background includes more than two decades as a financial services regulator. He first joined the CFPB in November 2010 as the assistant director for large bank supervision and was named the associate director for supervision, enforcement and fair lending in June 2012.

Antonakes began his professional career as an entry-level bank examiner with the Commonwealth of Massachusetts Division of Banks in 1990. He served in numerous managerial capacities, including as state banks commissioner from December 2003 to November 2010, becoming only the second career bank examiner to serve in that capacity.

Beacon Research has announced that Chad Parks has joined the company as director of sales. He will report directly to Jeremy Alexander, president and CEO.

Ziegler has hired Justin Frys as a senior vice president and branch manager of the firm’s office in Minnetonka, Minn.

Frys has more than 15 years of advisory experience, having worked extensively in the areas of asset management, retirement preparation, investment planning, and insurance planning.

Larry Zimpleman, chairman, president and CEO of Principal Financial Group, has been named the winner of the 2013 Lillywhite Award. The Employee Benefit Research Institute (EBRI) sponsors the award, which recognizes outstanding lifetime contributions to Americans’ economic security. Dallas Salisbury, president and CEO of EBRI, will present the award to Zimpleman on Oct. 29 at the Pensions & Investments West Coast Defined Contribution Conference in San Francisco.

Zimpleman joined Principal in 1971 as an actuarial intern. He has more than 40 years’ experience in the financial services industry at the firm, including all aspects of strategic and operations management. Since 2001, he has led the company’s global expansion efforts and integration of domestic pension operations with retirement businesses outside the U.S.

The Lillywhite Award is named for Ray Lillywhite, a pioneer in the pension field with Alliance Capital, who for decades guided state employee pension plans. EBRI established the award in 1992 to acknowledge the contributions of individuals who have had distinguished careers in the investment management and employee benefits fields and whose service enhances Americans’ economic security. Hedge Fund Association Forms New Academic Advisory Board

The Hedge Fund Association (HFA) announced that it has formed a new academic advisory board to empower and educate students and others about the hedge fund industry. The board will hold HFA symposiums on campuses nationwide featuring hedge fund managers and investors as guest speakers, along with hosting online webinars to teach the next generation of professionals about the industry, finance and ethics. Keith Novick will chair the board; other board members include Ezra Zask, Scott Fullman, James Jalil and Jim Liew.

Novick, a 26-year Wall Street veteran, is a senior consultant for MJK Consulting. His most recent engagement was for an energy group that provides end-to-end solutions in natural gas and oil.

Zask is president of SFC Associates and managing principal of the Due Diligence Hedge Fund Exchange. He has previously managed hedge funds and funds of funds, and taught courses on hedge funds and investments at Yale, Princeton, Carnegie Mellon and Fordham Universities.

Fullman is an executive director, derivatives strategy at Oppenheimer & Co., and an adjunct professor at Seton Hall University.

Jalil is a partner in the law firm Thompson Hine and is a member of the firm’s corporate transactions and securities practice group. He is also an adjunct professor of law at Fordham University Law School in New York, where he teaches securities regulation.

Liew is an assistant professor in finance at the Johns Hopkins Carey Business School.

Calvert Foundation’s board of directors announced Tuesday that Jennifer Pryce, chief strategy officer, would be president and CEO, replacing Lisa Hall. Hall is leaving the foundation to join Anthos Asset Management in the newly created position of managing director of impact investing. While Pryce will assume the role of president and CEO effective immediately, Hall will stay on as strategic advisor through mid-October and assume her new role in November.

Pryce brings nearly 20 years of business, nonprofit, finance and community development experience to her new role. Since arriving at Calvert Foundation in 2009, she has risen from the position of U.S. portfolio manager to vice president of strategic initiatives in 2011 and chief strategy officer in 2013. She has led the organization’s strategic initiatives team and has overseen Calvert Foundation’s wholly owned Community Investment Partners subsidiary, which offers fund and asset management services for institutional clients.

Before joining, she was a director for the Nonprofit Finance Fund, where she headed their D.C./metro area office. She has also worke at Neuberger Berman as an equity research analyst and in Morgan Stanley’s London office in the investment banking division.

She was a Peace Corps volunteer in Gabon, Africa and also worked at the Public Theater in New York City.

At Anthos Asset Management, Hall, with more than 25 years of experience in the financial services sector and impact investing, will be responsible for building and managing a new portfolio focused on social, environmental and financial returns. She will relocate to Amsterdam, the headquarters of Anthos. 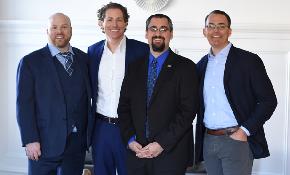 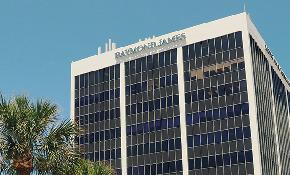