Some Charitable Causes More Deserving Than Others, Bioethicist Contends

To me it seems clear that there are objective reasons for thinking we may be able to do more good in one of these areas than in another, Peter Singer writes...

The folks at Rockefeller Philanthropy Advisors might be forgiven for thinking that no good deed goes unpunished.

In a recent op-ed column in The New York Times, Princeton University bioethics professor Peter Singer takes RPA to task for declining to instruct its clients where to direct their charitable donations.

Singer writes that “the prevailing assumption in their field is that we shouldn’t, or perhaps can’t, make objective judgments about which options are better than others.”

He doesn’t think this is true. “To me it seems clear that there are objective reasons for thinking we may be able to do more good in one of these areas than in another.”

He illustrates with this example. The local art museum asks a wealthy donor for $100,000 to help fund a new wing, while another seeks donations to fight an infectious eye disease that blinds children in developing countries. Research indicates that $100,000 could prevent 1,000 people from losing their sight, making this the more deserving cause.

Singer favors this quantitative method of comparing benefits, which is “used by economists to judge how much people value certain states of affairs.”

He contends that in general, “where human welfare is concerned, we will achieve more if we help those in extreme poverty in developing countries, as our dollars go much further there.”

Singer concedes that the trade-off between helping people and trying to reduce greenhouse gas emissions is trickier, as is deciding whether helping people or reducing cruelty to animals is more important.

But now with developments in the nonprofit sector, such as the charity evaluator GiveWell, “we can be highly confident that a donation” will be more effective, he writes.

Singer sees this evidence-based approach, which he calls “effective altruism,” as an emerging international movement.

Asked for comment, Rockefeller Philanthropy president and chief executive Melissa Berman wrote in an email message: “In RPA’s experience in working with donors to create thoughtful, effective philanthropy, we find that people give more, and more consistently, when pursuing their personal convictions. Donors want to ensure that their philanthropic dollars are as impactful as they can be, and our role is to help them make informed giving choices, based on their own passions, causes and beliefs.”

Berman said that while RPA respected Singer’s conclusions, “he overlooks the complexities and nuances of philanthropy and the philanthropic impulse, as well as the real choices that donors must make about priorities, impact and the relative ‘goodness’ of their giving. Impact assessment may allow comparisons of similar programs, but determining which causes are most critical falls to each of us to decide for ourselves.”

Singer’s argument didn’t find any takers among letter writers to The Times.

And in a column in Forbes, the contributing writer Howard Husock found Singer’s argument deft, but ill-founded. The logic, Husock wrote, drives directly toward picking winners and losers “about which policy should be cautious—if not indifferent.” 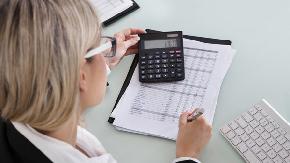 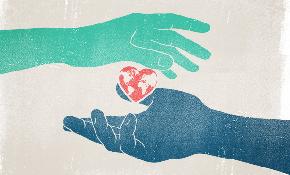