A report released April 30 by Cogent Research identified major trends among plan sponsors. Linda York, director of syndicated research for Cogent and lead author of the Retirement Planscape, described some of the results in a webinar.

“In an increasingly complex legislative environment, it’s no surprise that compliance and regulation dominates plan sponsors’ focus for the upcoming year,” York said. Nearly 60% of respondents said ensuring their plan is in compliance was one of their top three priorities, and 27% said it was their No. 1 priority.

About a third of sponsors said they anticipated re-evaluating their investment menu this year, but York noted relationships with recordkeepers appeared “fairly secure,” as just 17% of respondents said they were thinking about changing their plan provider. Just 6% said they would definitely switch in the next year. However, “The proportion of those on the fence about switching has increased over the last two years,” York said. The most commonly cited reasons for considering a switch are administrative fees and service quality.

York said this year’s survey asked for the first time whether plan sponsors prefer a bundled model, where the recordkeeping and investment management of a plan are conducted by the same provider, or an unbundled model. “The bundled model, which by definition requires the least amount of additional coordination and support, is the preference for the majority of plan sponsors, particularly those in the smaller plan size segments,” she said.

Over half of respondents in each market group said they preferred a bundled model. However, preference flipped for the mega plan market, where 52% preferred an unbundled model. “This could very well be a reflection of the larger proportion of these plans that choose consulting firms as their plan provider,” York noted.

“It appears the industry has fallen into a state of complacency in its efforts to help individuals save for retirement,” York said. “This is a bit discouraging, particularly given that a study Cogent released in 2012 found that more than two-thirds of plan participants are open to more automatic features that help them with their retirement goals.”

York told AdvisorOne on Monday that large and mega plans have “gotten the message” about automatic features and are more comfortable integrating those features into their plans. Smaller plans have been more hesitant for several possible reasons: their work force may be different or they may only have a few workers or a lot of seasonal workers, she suggested.

One of the goals of the fee disclosure legislation enacted last year, York said in the webinar, was to give sponsors the ability to benchmark their fees against those in similar plans, but “there’s a little more work to be done.” Just 40% of sponsors said they were confident their fees were comparable to their peers, and under half are “taking a do-nothing approach” and maintaining their fee arrangement.

The report found that providers with the strongest brand had a high level of likeability and awareness in the industry, and were able to differentiate their brand well. Fidelity and Vanguard led the top 10 firms based on brand equity, maintaining their top spots over the past three years. Charles Schwab has risen over time from No. 8 in 2011 to the third spot.

Overall awareness in the industry is trending down, according to York, as more mini-micro firms with less than $1 million in plan assets enter the industry. “These plans are not only relatively new to the DC world, but they’re also more likely to rely on the expertise of a financial advisor, and as such have a relatively limited knowledge of the broader options available to them,” York said.

“Small and micro plans are more apt to be working with advisors,” York told AdvisorOne. “Micro plans are less satisfied than small and mid plans. This may be because they’re needier, if you will, or it may be that their expectations are ill-informed.”

The Retirement Planscape report surveyed more than 1,500 plan sponsors in March from the micro, small, midsize, large and mega plan markets. Micro plans, those with less than $5 million in plan assets, represent the largest segment of the market due to the “sheer number of small businesses offering these plans compared with more established or larger organizations,” York said. 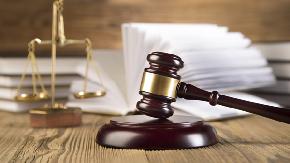 This measure "will help lots of people avoid a tax bill on IRA value that has vanished," IRA expert Ed Slott tells ThinkAdvisor.