American executives from Amazon, Google and Starbucks were to be on the hot seat in Britain on Monday as they faced questioning by U.K. tax authorities over how they managed to pay so little tax on earnings that amounted to billions.

American executives were to be on the hotseat in Britain on Monday as they faced questioning by U.K. tax authorities over how they managed to pay so little tax on earnings that amounted to billions. Amazon, Google and Starbucks have found doing business in the U.K. to be highly profitable, yet have paid little or no tax on their earnings.

Reuters reported Monday that the Public Accounts Committee (PAC), the body responsible for overseeing government financial affairs, has invited executives from the three corporations to give evidence about their financial practices even as the public and politicians alike grow increasingly irate over international companies’ ability to engage in tax avoidance.

“It is hard for the ordinary person to believe it’s fair,” said Margaret Hodge in the report. Hodge, a member of Parliament for the Labour party and chairman of PAC, continued, “It makes people incredibly angry in the current fiscal climate.”

Britain is not the only country to seek larger tax receipts from multinational corporations. Germany, along with Britain, had announced last week that they both intended to compel G20 economic officials to crack down on multinationals that do not pay their “fair share” of taxes, after numerous reports that large companies took advantage of loopholes to cut or eliminate their tax bills.

An October Reuters report revealed that Starbucks had paid neither corporate nor income taxes in the U.K. for the past three years, and indeed forked over only 8.6 million pounds ($13.74 million) in total taxes to Britain over a 13-year period during which it recorded sales of 3.1 billion pounds.

The group U.K. Uncut has voiced its opposition to government austerity measures and has put together protests against British telecom operator Vodafone and pharmacist Boots over their tax practices, issued a statement Monday saying that it planned to target Starbucks.

The American coffee company said it followed the tax rules in every country where it operates and sought to pay its fair share of taxes, and a spokeswoman was quoted in the report saying, “We are committed to being transparent on this issue and look forward to appearing before this committee.”

According to a PAC spokesman, not only Starbucks’ CFO Tory Alstead will give evidence before the committee, but so will Matt Brittin, CEO of Google U.K., and Andrew Cecil, Brussels-based director of public policy for Amazon.

According to Google’s filings, had $4 billion in U.K. sales in 2011, but its main U.K. division paid only 3.4 million pounds for the year despite a groupwide profit margin of 33%. Google channels its non-U.S. sales through an Irish division to avoid U.K. tax. This way it only pays taxes of 3.2% on its non-U.S. profits.

In 2011, Amazon’s main U.K. division paid less than 1 million pounds in income tax on U.K. sales of $5.3–7.2 billion, according to its filings. The megaseller funnels its European sales through a division based in Luxembourg, thus paying only 11% on its foreign profits in 2011. That’s less than half its major markets’ average corporate income tax rate.

Hodge and former financial services minister Paul Myners said in the report that the government should consider a new revenue-based tax to keep profits from U.K. sales within the country.

Identity Theft Drops for Third Year in a Row: IRS

It credits an "aggressive" push involving interagency cooperation for the drop. 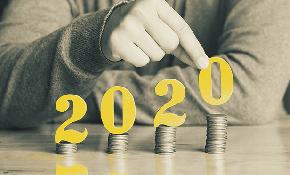 Regulatory relaxation may spur growth, but it will come with a needed deeper dive in structure.