CFP Board to CFPB: Seniors Drowning in Alphabet Soup of Advisor Credentials

To help thwart the rising use of misleading or fraudulent designations and certifications, the CFP Board is urging the Consumer Financial Protection Bureau to create a ratings system for such credentials.

To help thwart the rising use of misleading, fraudulent and deceptive designations and certifications, the CFP Board is urging the Consumer Financial Protection Bureau (CFPB) to create a ratings system for such credentials.

In a comment letter on Monday, the Certified Financial Planner Board of Standards told the CFPB that fraudulent certifications are mostly used to exploit seniors. “The financial exploitation of older Americans is a pervasive national consumer protection issue, and there are no effective resources on the federal level that allow for seniors to evaluate certifications and designations or deter their misuse,” CFP Board CEO Kevin Keller wrote.

The CFP Board’s letter is in response to the consumer bureau’s request for information as part of its fact-finding mission on elder abuse, which the bureau launched on June 15.

Richard Cordray, director of CFPB, wrote in his blog that Congress gave the CFPB’s Office for Older Americans a “broad mandate” to look out for that group’s financial interests. As part of that work, he said, “we are keenly focused on the important issue of financial abuse and exploitation of the elderly.”

Cordray cited a recent study that found that seniors lost at least $2.9 billion to financial exploitation in 2010. “Unfortunately, it is a growing trend,” he said. “From 2008 to 2010, there was a 12% increase in the amount of money scammed from seniors.”

The CFP Board included in its comment letter to the CFPB its Senior Americans Financial Exploitation Survey, which found that more than half of the CFPs who participated have worked with an older client who has been subject to unfair, deceptive or abusive practices in the delivery of financial advice or the sale of financial products.

The CFP Board survey “reveals the pervasive financial abuse victimizing America’s seniors,” Keller said. “CFP Board applauds the Consumer Financial Protection Bureau for its focus on this problem and urges the Bureau to take prompt action to reduce the use of misleading certifications and designations and to work with other federal and state regulators on legislative and regulatory policies to protect older Americans.”

In its letter, the CFP Board noted that with more than 140 designations currently in use in the delivery of financial services, “senior investors are particularly vulnerable to confusion about professional designations and certifications.” As the Board highlighted, financial designations vary significantly and investors have no meaningful way of comparing their legitimacy, value or authenticity. “With no federal or consistent state regulation or oversight of certifications and designations, Americans—especially seniors—are left on their own to sort through the alphabet soup of letters at the end of a financial professional’s name.”

Specifically, the CFP Board recommended that the CFPB:

The CFP Board suggested that the CFPB could use the standards upon which the CFP certification is based. 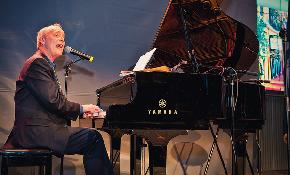 The Capitol Hill veteran and industry leader kept advisors and others both well informed and entertained.