Allsup analysts looked at PPACA calmly and noticed details others have missed.

Fully implementing the Patient Protection and Affordable Care Act (PPACA) as written could help people with disabilities in some ways but pinch in others.

Allsup Inc., Belleville, Ill. — a company that has made a specialty of helping people get through the Social Security Disability Insurance (SSDI) application maze — talks about some seldom-mentioned bits of PPACA in a look at how PPACA might affect Allsup clients.

Allsup sent out the analysis shortly after the U.S. Supreme Court ruled that Congress has the authority to impose a tax on individuals who fail to buy health insurance.

About one-third of the individuals who get SSDI lose access to health insurance while getting through the 24-month Medicare waiting period, Allsup says.

Some of the individuals cannot get replacement coverage because they cannot afford the premiums, but others cannot qualify for any conventional commercial health coverage at any price because they suffer from serious health problems, Allsup says.

Allsup adds that PPACA could lead to higher tax costs for people with disabilities who still have significant taxable income.

“Starting in 2013, the threshold for itemized deductions for unreimbursed medical expenses increases from 7.5% of adjusted gross income (AGI) to 10% of AGI,” Allsup says. “However, this is waived for individuals age 65 and older through 2016. Also in 2013, taxpayers will see increased taxes for Medicare. This includes a 0.9% increase in the Medicare Part A tax rate to 2.35% on earnings over $200,000 for individual taxpayers, and $250,000 for married couples filing jointly, and a new 3.8% tax on unearned income for higher-income taxpayers.”

The Allsup analysts just read the bill calmly, looking for bits that might help clients as well as bits that might hurt, and found details that firebrands on both sides might wish they’d noticed.

A panel of experts on the strategy explain some of the differences. 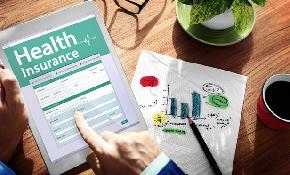 The president of the NAIC says that organization has a tool that can help.