Investor demand for an alternative to the 150- to 300-page VA prospectus remains strong, according to a just-released survey by the IRI, and the SEC is seriously considering approving shorter documents.

Investor demand for a variable annuity summary prospectus remains strong, according to a just-released survey by the Insured Retirement Institute (IRI).

While getting the SEC to approve a VA summary prospectus has been in the works for years, IRI announced the same day findings of a survey performed by Cogent Research for IRI, showing that 95% of investors prefer a shorter paper summary prospectus to the current documents, which can run 150 to 300 pages.

The survey also found that 59% of investors stated that having a short summary prospectus written in easy-to-understand language would have a positive impact on their decision to consider a variable annuity as part of their investment portfolio.

While the IRI research shows that investors want brief and easy-to-read VA investment materials, “at the same time, we are now seeing a decline in the number of investors who state they actually read the full prospectus,” said IRI president and CEO Cathy Weatherford, in a statement. “Rather than provide consumers with relevant investment information, the sheer length of the full prospectus has created a barrier to investor education. … We believe the time is now to allow the variable annuity summary prospectus into the marketplace.”

Other key research findings include: 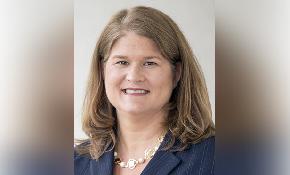