During a conversation between Schapiro and Mellody Hobson, president of Ariel Investments, at the ICI's annual conference, Hobson said the industry and the SEC were at loggerheads over the SECs plans.

Securities and Exchange Commission chairwoman Mary Schapiro remained steadfast Friday in her plans to issue soon a proposal to further rein in the money-market fund industry.

During a conversation with Mellody Hobson, president of Ariel Investments, at the Investment Company Institute’s (ICI) annual conference in Washington, Hobson noted how the industry and the SEC are at “loggerheads” over the SEC’s plans to float the net asset value of money-market funds and impose capital requirements, along with limiting or charging fees on redemptions.

Hobson told Schapiro that the fund industry has “never dug in its heels like this,” in objection to a reform proposal by the SEC. Schapiro responded in agreement: the industry is “more dug in and strident [on money-market fund reforms] than we’ve seen on other issues.”

However, Schapiro said that despite that fact “We do all know where we stand,” and that she “applauded” the firms that have been in to talk to the SEC about their concerns with money-market funds.

When asked by Hobson if the SEC would be open to more discussion about its proposal, Schapiro responded: “When we propose [the rule] it will be in ink, but that’s not final. I’m always open to discussion.” The proposal, she continued, will say, “Here’s the core problem we are trying to solve, you tell us what you think about it.”

Fidelity Investments and Federated Investors have been at the forefront of opposing further money-market fund reforms. The ICI event was abuzz, too, about the ads sponsored by the U.S. Chamber of Commerce that are splashed around the Washington subway system (known as the Metro) advocating no further changes to money-market funds.

But Schapiro has noted that “when [the SEC] passed these reforms, I clearly stated that we needed to do more—that those reforms were just a first step. Because, despite changes in the assets they hold, money-market funds remain susceptible to a sudden deterioration in quality of holdings and consequently, remain susceptible to runs.” 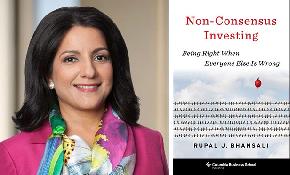 Passive Investing ‘Is Not a Strategy’: Ariel Exec