The refusal by the agency's chairman to attend a major money market industry conference in Orlando next week is raising concerns that the coming proposal will be sweeping and severe.

Debate over new regulations for the money market fund industry continues to rage, with a proposal from the SEC expected late in March.

High-profile opinion pieces recently from Sallie Krawcheck, among others, have warned of the risk associated with the underlying investments in this supposed “safe” asset class. And fallout continues from the Reserve Primary Money Market Fund “breaking the buck” in 2008, adding to worries it could happen again.

The latest dust-up, first reported by The Wall Street Journal on Wednesday, is the refusal by Mary Schapiro (or any senior executive at the Securities and Exchange Commission) to attend a major money market industry conference in Orlando, Fla., next week, further fueling speculation that the coming proposal will be sweeping and severe.

Organizers of the 14th annual Money Market Expo, hosted by iMoney Net, the industry research firm, have announced that Paul Schott Stevens, president of the Investment Company Institute; Deborah Cunningham, an executive vice president and senior portfolio manager at Federated Investors, and; Michael Morin, a portfolio manager at Fidelity Investments will be featured speakers. All are expected to strongly oppose the new proposal, which will be center of discussion in Orlando.

In the interest of balance, the Expo had hoped regulators would agree to speak, but the SEC refused, citing scheduling conflicts for all of its top officials.

SEC Chairman Mary Schapiro has been previously quoted by the Journal as saying “the taxpayer simply can’t be on the hook for failure, and the tools to ameliorate a run that existed in 2008 when Reserve broke the buck don’t exist anymore.”

In early February, the Investment Company Institute released a statement from Stevens in which he said the proposed new regulations could cause “enormous” harm to investors and the economy.

Fidelity Investments, the largest manager of money market assets, has sent a report to the SEC urging a retreat from the changes, and Federated Investors’ president and CEO J. Christopher Donohue is quoted in The Wall Street Journal saying of the SEC proposal: “The generosity of giving you the choice of which way to die is really not much of a choice.”

ICI’s Stevens spelled out the regulatory “hat trick,” as he called it, of changes he said would “harm investors, damage financing for businesses and state and local governments, and jeopardize a still-fragile economic recovery.”

Moving to a floating NAV and preventing investors from withdrawing all their assets at once–the proposal calls for a wait of 30 days before investors could redeem the final 5% of their funds–would diminish money market funds’ utility as cash management tools, he said.

“Compliance with redemption freezes will impose hundreds of millions of dollars in added costs on investors, funds, and financial intermediaries and impair features–like check writing, debit-card access, and sweep accounts–that investors demand,” he added. And he said the imposition of bank-like capital requirements, in combination with the other changes, would impose costs that will drive fund sponsors out of the industry, reducing competition. 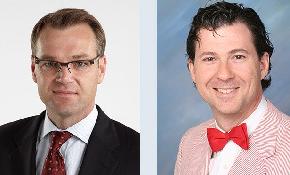