The regulatory/legislative front will heat up in the New Year for advisors, with four issues taking center stagethe SEC and DOL's fiduciary rules, an SRO for advisors and the 'switching' of advisors.

The regulatory/legislative front will heat up in the New Year for advisors, with four issues taking center stage—the contentious issue of whether to create a self-regulatory organization for advisors; the Securities and Exchange Commission proposing a rule to put brokers under a fiduciary mandate; the Department of Labor reproposing its rule to amend the definition of fiduciary under the Employee Retirement Income Security Act; and the “switching” of advisors from federal to state registration.

AdvisorOne has been following all of these issues as they’ve played out over the past year and will continue to do so as 2012 unfolds. Here’s an update on where each of these issues stand as we enter the New Year.

SEC Chairman Mary Schapiro (left) in an early December interview said that the agency would issue a proposed fiduciary rule in 2012 that would be “business-model neutral” and allow brokers working with retail investors to sell proprietary products and charge commissions.

Her remarks drew immediate response from industry officials who said that exactly how the SEC crafts this business-model neutral approach will be crucial to determining whether the agency actually ends up putting brokers under a fiduciary mandate.

“If by ‘business model neutral’ the result is the one sought by many in the brokerage and insurance industry; i.e., redefine ‘fiduciary’ as enhanced ‘suitability’ with opt-out provisions, then we will end up with the worst of all worlds,” says Harold Evensky, president of Evensky & Katz Wealth Management in Coral Gables, Fla., and a member of the Committee for the Fiduciary Standard.

Warns Tittsworth: “The SEC must take into account each and every word of Section 913 as it considers crafting a rule.”

Phyllis Borzi’s announcement in late October that the DOL’s Employee Benefits Security Administration plans to repropose its controversial rule amending the definition of fiduciary under ERISA “shortly after the first of the year” has garnered a lot of reaction from industry officials and members of Congress.

House Democrats and Republicans have both sent letters to DOL detailing specific areas that the reproposed rule should address.

Fred Reish, well-known among advisors as the ERISA guru, recently predicted areas of “relief” that the DOL will provide when it reproposes its rule.

Applying a fiduciary standard to IRAs is one of the more controversial aspects of the reproposal, and Reish, partner and chair of the Financial Services ERISA Team at Drinker Biddle & Reath in Los Angeles, predicts that DOL will extend the exemptions of Prohibited Transaction Class Exemption 86-128 to virtually all advice given to the owners of IRAs.

“It will be interesting to see if the DOL imposes any limitations on that exemption, for example, disclosures concerning any variable compensation,” he says.

An SRO for Advisors

A new draft of House Financial Services Committee Chairman Rep. Spencer Bachus’ (left, with Barney Frank) bill calling for an SRO for advisors is expected to be introduced sometime in the spring. And while the bill has supporters, opponents are fighting to ensure the bill never sees the light of day in 2012.

Rep. Barney Frank, D-Mass., the ranking minority member on the financial services committee who plans to retire at the end of 2012, told AdvisorOne that he’s against Bachus’ bill. Frank’s objections “can create a strong partisan bill” that reaches the House floor and “sends a signal” to the Senate about the problems associated with an SRO, says Marilyn Mohrman-Gillis, managing director of public policy for the CFP Board of Standards.

The SRO battle heated up in late December when advisory trade groups released an economic analysis that said creating an SRO for advisors would cost at least twice as much as providing the SEC with adequate funds to examine advisors.

The analysis came a day before the House Appropriations Committee approved $1.3 billion for the SEC in 2012, which is $136 million more than last year’s level but still shy of the $1.5 billion authorized under the Dodd-Frank Act for 2012. The $1.3 billion “would not make the SRO issue ‘go away,’” says Duane Thompson, senior policy analyst for fi360.

The switching of advisors with assets under management of between $25 million and $100 million from federal to state registration by mid-2012, as mandated under Dodd-Frank, will prove to be one of the biggest compliance chores for many advisors next year.

The North American Securities Administrators Association developed in late November a coordinated review program for advisors switching from federal to state oversight. The program is open to SEC-registered advisors switching their registration to between four and 14 states.

For advisors registered with the SEC, the following summarizes the conditions that have to be met when filing the annual amendment by March 30, 2012, in most cases, in order to be able to remain eligible for SEC registration:

For advisors applying for initial registration with the SEC, the following applies: 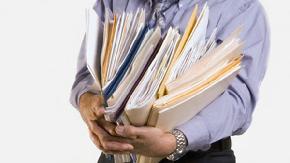