The NAIC's proposed budget, which would increase its surplus by 50% over the next four years, has drawn scrutiny from insurers.

The NAIC 2012 proposed budget, which includes total revenues of $79.2 million and total expenses of $77.6 million, up almost 5% and 2.5% respectively, got its annual earful from the trade associations in the past weeks, with one organization calling for zero growth and others targeting its surplus and projected reserve cushion.

The NAIC budget hearing, to address these comments and questions received by Nov. 28 from all interested parties before the budget is approved by the Internal Administration (EX1) Subcommittee, is Tuesday afternoon.

In just a three year period ending through 2011, the surplus will have increased from $48.4 million to a projected $72.6 million, an increase of 50% in just three years, not even counting the additional $1.5 million in net revenues to the surplus coming on next year, a major life insurance trade group told the NAIC.

There is “simply no need for the NAIC to maintain $74 million of excess funds in its coffers, especially since it is able to generate additional fees from our member insurers if needed,” stated a letter from the American Council of Life Insurers to NAIC President-Elect Kevin McCarty signed by ACLI Senior Counsel for insurance regulation, Wayne Mehlman.

“We, therefore, urge you to gradually reduce this huge surplus by using a portion of it to fund some of your future years’ operations,” the ACLI letter states.

The ACLI explains that this can be done by proposing a certain amount of annual deficits over the next few years (without increasing revenues) – deficits which would be fully paid for by applying an equal amount of surplus to them.

The ACLI said this would cause no harm to the association if done correctly, as the NAIC’s surplus has occasionally seen some reductions in the past without resulting in any distress to the organization.

“For example, while the NAIC did not budget for a deficit for 2008, its surplus at the end of that year decreased from $59.6 million to $48.4 million after $4.8 million in net expenses and a defined benefit plan adjustment of $6.4 million were taken into account.”

The trade association of mutual property/casualty members known as NAMIC spoke for many across different lines of insurance when it stated that the most concerning thing about the NAIC budget is the relationship between the benefits obtained for NAIC services and the source of revenues to fund the costs associated with providing such services.

As NAMIC pointed out,the NAIC has long claimed that the industry receives benefits from the costs necessary to support the NAIC’s Financial Data Repository (FDR) because of the industry’s ability to electronically file its annual and quarterly statements through FDR.

However, due to the budget for Solvency Regulatory Support (with hefty revenues listed over expenses before the structured securities project of $17.8 million,) compared with General Regulatory Support flagging (expenses over revenues of some $13.1 million before the project), the NAIC must have a long-term plan for increasing state assessments to be more in line with the benefits derived by the services, NAMIC stated.

The table of regulatory support budgeting, from salaries to travel to professional services can be viewed on page 243 of the NAIC proposed 2012 budget.

The NAIC cushion or ratio reserves also came under fire for being too high, although the NAIC has long used it for insulation against possible risks.

The Property Casualty Insurers Association of America (PCI) weighed in after the deadline, on Dec. 1, but  still forcefully urged the NAIC to “adopt a 2012 budget that projects no growth in revenues and expenses,” in a letter signed by Deirdre Manna, vice president of industry, regulatory and political affairs for PCI.

PCI pointed out that the majority of NAIC revenues come from the insurance industry, and the NAIC’s budget” should be viewed in conjunction with the current economic environment in which those companies operate. With the additional pressure from the federal and international levels, PCI believes NAIC would benefit from a zero growth budget.”

PCI said it continues its concern about the long-term growth of the NAIC’s budget, which has been echoed by trade groups in years past without fail. The trade group also went after the  NAIC’s travel expenses and additional staff, and called for a major reduction.

“PCI understands the significance and impact of international issues on insurance regulation, and is pleased the NAIC is hosting the IAIS Annual Meeting in 2012. However, PCI believes that in these troubled economic times, companies, trade associations and state governments are reviewing travel expenses and scaling back and that there are opportunities in the NAIC domestic travel budget for review.” 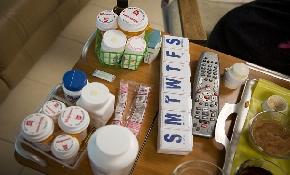