AARP is challenging reverse mortgage foreclosures, claiming that lenders failed to offer borrowers the option to purchase the property for its fair market value.

Reverse mortgages have come under scrutiny in recent years as a result of high fees and the numerous scams that populate the edges of the industry. Now, AARP is challenging reverse mortgage foreclosures, claiming that lenders failed to offer borrowers the option to purchase their property for 95% of the property’s appraised value—as required under the borrowers’ contracts with their lenders.

The class action lawsuit, filed against defendants Wells Fargo and Fannie Mae in U.S. District Court for the Northern District of California, is the second suit filed by AARP over this issue in the last year.

Under pre-2008 Housing and Urban Development rules, a reverse mortgage borrower (and their heirs) could never owe than the value of their home at the time of repayment. In 2008, the U.S. Department of Housing and Urban Development (HUD) changed its rules, with the result that an heir, surviving spouse included, who was not named in the mortgage was required to pay the full mortgage balance to keep the home, even where the mortgage balance was greater than the property’s value.

The unfair result of the rule was that an unrelated purchaser had the ability to buy the home for its fair market value while an heir did not. That motivated the original AARP lawsuit.

Although the first AARP lawsuit was dismissed in July, HUD issued Mortgagee Letter 2011–16, which rescinded the 2008 rule change. According to AARP’s second lawsuit, HUD’s reversal went back to “the fairer practice of not requiring payment that exceeded the updated value of the home.”

AARP says that, although HUD corrected the rule, Wells Fargo and Fannie Mae, “[a]re still failing to give notice to surviving spouses and heirs of the rights to purchase the property for the lower value, and are foreclosing and seeking to evict an heir who is attempting to pay off the current fair market price on an underwater home.”

The AARP believes that if Wells Fargo and Fannie Mae “insist on breaking those rules, then they intend on holding them accountable.” 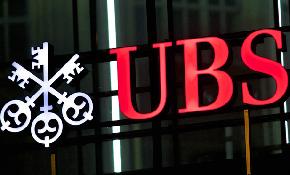