In a unanimous agreement Thursday, the Securities and Exchange Commission voted to consider proposals that investment advisors who manage or have access to client assets...

In a unanimous agreement Thursday, the Securities and Exchange Commission voted to consider proposals that investment advisors who manage or have access to client assets must undergo a surprise exam once a year to make sure those assets exist, according to a Dow Jones Newswires report.

According to Dow Jones, if funds are found missing during the process, those accountants must notify the SEC. SEC Chairman Mary Schapiro estimated that part of the proposed rule changes would affect about 9,600 investment advisers who have custody of clients’ assets in one form or another.

The goal behind the proposal is to to promote independent custody of funds to prevent against fraud, writes Sarah Lynch for Dow Jones Newswires. The motivation stems from the Madoff case – Bernard Madoff ran both a broker/dealer and an investment advisory business.

“We are taking this action in response to major investment scams such as Madoff and many other potential Ponzi schemes,” SEC Chairman Mary Schapiro said at an SEC meeting. “A surprise exam would provide another set of eyes on client’s assets and provide additional protection against theft or misuse.”

Furthermore, according to a Reuters report, “The SEC also proposed requiring about 360 investment advisers who physically hold their client assets in the firm or through an affiliate — such as was the case for Madoff — to obtain a written review by a certified public accountant.

“Under the SEC proposal, the review would describe the controls the adviser has in place, test the operating effectiveness of those controls and provide the results of those tests. That report would be required to be prepared by an accountant registered with U.S. audit watchdog the Public Company Accounting Oversight Board.” (Reporting by Rachelle Younglai; Editing by Lisa Von Ahn and Maureen Bavdek) 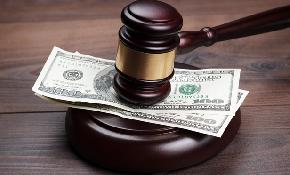