The federal government might start taxing health insurers in fiscal year 2011 to pay for a program to compare the effectiveness of various health care ...

The federal government might start taxing health insurers in fiscal year 2011 to pay for a program to compare the effectiveness of various health care products and procedures.

H.R. 3162, the Children’s Health and Medicare Protection Act, includes a provision that would provide funding for a new health care effectiveness research agency.

The agency would be part of the Agency for Healthcare Research and Quality, a unit of the U.S. Department of Health and Human Services, which already backs some health care quality and efficiency research.

The H.R. 3162 provision would draw $300 million in funding for the agency from the beleaguered Medicare Trust Fund for the first three fiscal years. The government then would collect $375 million from the Medicare Trust Fund, employer-sponsored health plans and other private insurance plans to pay for the effectiveness comparison program.

The House Ways and Means Committee approved H.R. 3162 early Friday, and the House Energy and Commerce Committee also is considering the bill.

Because the version in the Energy and Commerce Committee appears to be stuck, the Ways and Means version could be the vehicle used for floor debate, according to a health insurance lobbyist.

Rep. McCrery, R-La., the most senior Republican on the House Ways and Means Committee, called the health care effectiveness agency tax provision a “stealth tax increase that will drain money from the Medicare trust fund and increase taxes on every American with a health insurance plan.”

“But we believe the funding should come from all parts of the health care sector and not be limited to health insurance plans,” Ghose says.

AHIP believes the entity “should be truly independent” and not housed in an existing government agency, Ghose says.

Sen. Hillary Clinton, D-N.Y., put the effectiveness comparison entity idea in an amendment to the Medicare Modernization Act of 2003, according to Ira Loss, a health care analyst at Washington Analysis, Washington.

Although the MMA was signed into law, the comparison entity provision was never funded, Loss says. 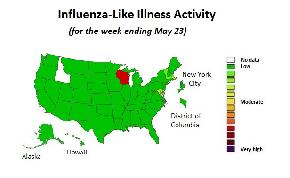