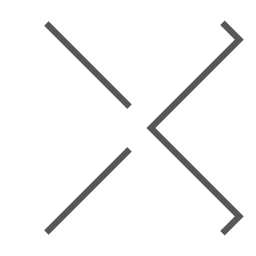 For a financial services company, lying about past involvement with slavery from customers could possibly be equivalent to a shoe manufacturer lying to customers about ...

For a financial services company, lying about past involvement with slavery from customers could possibly be equivalent to a shoe manufacturer lying to customers about use of Third World sweatshops.

A panel consisting of 3 judges from the 7th U.S. Circuit Court of Appeals has offered that suggestion in a ruling on In Re: African-American Slave Descendants Litigation.

One of the defendants in the litigation is Aetna Inc., Hartford. The plaintiffs say Aetna profited from selling life insurance that protected slave owners against the deaths of slaves back in the 1850s.

In 2005, a judge at the U.S. District Court in Chicago dismissed the 10 cases involved in the litigation. The plaintiffs involved in those cases, including Deadria Farmer-Paellmann, appealed.

The district judge ruled that the applicable statutes of limitations have passed, the complaints fail to state a claim, and the federal courts had no jurisdiction over the cases.

The 7th Circuit panel says the district judge was correct to dismiss claims seeking to punish the defendants for their involvement with the slave economy in the 1800s.

Some of the states allege that the defendants were violating Northern state laws in effect even at that time, but “it is highly unlikely that antebellum laws in northern states were intended to confer financial or other benefits on the 21st century descendants of slaves,” Circuit Judge Richard Posner writes in an opinion for the 7th Circuit panel.

Moreover, “there is no way to determine that a given black American today is worse off by a specific, calculable sum of money (or monetized emotional harm) as a result of the conduct of one or more of the defendants,” Posner writes.

But a company that lies about past activities relating to slavery to induce customers to buy products would be guilty of fraud, Posner writes.

The 3-judge panel says the plaintiffs in the case can pursue complaints about possible misrepresentation of involvement in slavery at the federal district court level or, in the case of one suit, at the state court level.

“We do not offer an opinion on the merits of the consumer protection claims, but merely reject the district court’s ruling that they are barred at the threshold,” Posner writes.

“We acknowledge that Aetna nearly 150 years ago wrote life insurance policies on slaves,” Aetna says in a statement about the 7th Circuit ruling. “In March 2000 and again in April 2002, we issued a public apology and reiterated that this brief period in Aetna history in no way reflects Aetna today.”

Aetna has invested heavily in efforts to improve the health of minority communities and tried to reduce racial and ethnic disparities in health care, the company says.

The plaintiffs in the case have issued a statement hailing the 7th Circuit ruling as a victory because of the panel’s decision to let the fraud claims go forward.

The ruling applies to Transamerica's indexed annuities as well as to variable annuities and hybrids.

A longtime agent describes a strategy for training new agents.

Parents and Their Adult Children Need to Talk: Survey

A MassMutual agency is using the survey results to promote a parent support annuity.