Bonds issued by emerging markets countries have benefited from an improving balance of payments, as well as trade and current account surpluses since increased global...

Bonds issued by emerging markets countries have benefited from an improving balance of payments, as well as trade and current account surpluses since increased global demand for products from these nations particularly commodities, have boosted their exports and reduced debt.

Moreover, as interest rates around the world remain relatively low, many U.S. investors looking for higher yields have placed their cash in emerging markets fixed-income instruments. Emerging markets bonds have also improved their creditworthiness, with an increasing portion of these assets now classified as investment-grade. This is a far cry from years past when isolated financial meltdowns in Russia or Mexico led to crises across the entire emerging world.

One of the sector’s best performers, the $574-million T. Rowe Price Emerging Markets Bond Fund (PREMX), is managed by Michael Conelius. As of March 31, the fund had a majority of its assets (65.9%) invested in securities rated below investment-grade, with another 20.5% in BBB-rated bonds.

The portfolio’s top country allocations are Brazil, Mexico, Russia, Argentina, and Turkey. The fund also has some exposure to less heralded parts of the emerging world, including Vietnam, Gabon, Ukraine, Trinidad, and even Iraq and North Korea.

Gomez seeks to construct a portfolio that has an average overall credit quality of at least BB. As of March 31, he had nearly half the fund’s assets in BB-rated securities, with another 32% in investment-grade BBB bonds, 3% in A-rated and 11% in AAA. Emerging market stalwarts with solid fundamentals–Brazil, Russia and Mexico–dominate, representing 62% of the fund’s total assets.–Palash R. Ghosh 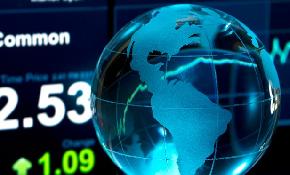 The emerging market fund is expected to charge 0.70% in annual operating expenses, including a 0.60% management fee.