Quick Take: Buoyed by rebounding equity markets around the globe, the $200-million Thornburg International Value Fund (TGVAX) has risen 25.8% for the year ended September 30, slightly better than the 24.4% gained by the average international equity portfolio. Over the longer term, the discrepancy in performance is more pronounced — for the five years ended September, the fund returned 11.3%, annualized, while the peer group eked out a 1.9% gain.

The fund’s senior portfolio manager, Bill Fries, uses fundamental bottom-up research to find value stocks around the world that have fallen out of favor. They construct a relatively concentrated portfolio with typically fewer than 50 names.

Fries and his team identify stocks as: “basic value” (financially sound companies whose stock is selling at low valuations relative to net assets or potential earning power); “consistent earners” (consistent growth companies which are trading at valuations below historic norms); or “emerging franchises” (rapidly growing companies in the process of establishing a dominant market position).

Fries, along with Wendy Trevisani, Egor Rybakov, Ed Maran, and Vinson Walden, all members of the portfolio management team, participated in the interview.

S&P: Why has the fund had good returns this year?

THORNBURG: We’ve been able to find stocks with good fundamentals and attractive valuations — in some cases, historically low.

Also, certain foreign markets are growing rapidly, while still trading at a discount. Moreover, stocks with high dividend yields, such as energy companies like BP p.l.c. (BP) and CNOOC Ltd. (CEO), have become more attractive to U.S. investors due to the new 15% tax rate on dividends.

S&P: What kind of stocks, based on cap size or industry, look especially attractive now?

S&P: What are your largest holdings?

S&P: What are your largest country allocations?

THORNBURG: Overall, a weak U.S. dollar could be a mixed blessing for global markets. A weak dollar hinders overseas companies which do most of their business in the U.S.

Yet there are many opportunities in foreign companies with limited exposure to the dollar. Examples include companies providing local services or products, as well as international companies which hedge their currency exposure, have dollar-denominated debt, or are naturally hedged by having facilities in America, such as BMW and Toyota.

S&P: How are things looking in Western Europe?

THORNBURG: European interest rates have followed U.S. rates to near historic lows. The euro has strengthened significantly versus the dollar, which will lead to translation and transaction risk for exporters and companies that do business in the U.S.

But a U.S. economic recovery should spill over into Western Europe. Our fund has about 53% of assets in Western Europe at present.

S&P: What is your view of Japan? Has it finally come out of its decade-long recession?

THORNBURG: The outlook for Japan is much improved, but still uncertain. A decade of declining asset prices — real estate in particular– has limited consumer spending due to the “wealth effect” and the expectation that deferring purchases will result in lower costs. If asset prices have bottomed, then the wealth effect headwind could disappear. If prices begin to rise, the zero-interest rate policy could finally get traction and economic growth could be strong. The GDP growth in the recent quarters is encouraging.

We currently have about 12.2% of our assets in Japan.

S&P: What about the strength of the yen relative to the dollar?

THORNBURG: A rising yen will probably hurt Japan’s economy, but a weak dollar may spur regulatory reform in Japan and in Europe.

If the yen continues to strengthen, it could threaten the earnings of some big Japanese exporters. Despite this, Japanese exports remain strong, with industry leaders such as Canon, Honda and Toyota boosting exports.

S&P: What kind of foreign companies are immune to the fluctuations of the U.S. dollar?

THORNBURG: There are certain companies which are fairly isolated from the U.S. economy — for example, Kingfisher PLC and Tesco PLC, two UK-based retailers without U.S. operations.

There are also some foreign companies which are exposed to the U.S. dollar, while gaining market share at the expense of American companies. For example, Japanese carmaker Toyota Motors, whose sales recently surpassed Chrysler’s, and Samsung Electronics, whose share of the global cellular handset market rose from virtually nothing a decade ago to 10% today.

S&P: What is your view of Latin American markets, particularly Brazil and Mexico, both of which have performed very well this year?

THORNBURG: There is always more risk in the emerging markets, but you can find solid companies selling at large discounts in those regions.

One holding, Embraer, the regional jet manufacturer and Brazil’s largest exporter, is a world-class company in a business transacted in dollars. The stock became attractive due to drop in travel after 9/11, the company’s Brazilian domicile, a single-digit p/e multiple, and a 5% dividend yield.

S&P: Emerging markets, particularly Russia and Eastern Europe, are doing very well this year. Does this continue to be a “fluke”?

THORNBURG: We do not think that strong Eastern European performance is a “fluke.” For example, OTP Bank in Hungary is capitalizing on its large share of the mortgage market, which is in the early stages of taking off due to very low penetration and favorable governmental policies.

Mobile Telesystems, the Russian cellular provider, has been adding a million subscribers per month, although its penetration is still low outside major cities.

We currently have a 20.8% exposure to emerging markets.

S&P: Is it imperative for the U.S. economy to rebound for the world to follow suit? Are you convinced that the American recovery will continue?

THORNBURG: In an increasingly global economy more business is being done across borders and companies are more dependent on their international customers. U.S. corporations receive many supplies from overseas and are increasingly outsourcing manufacturing.

The U.S economy is showing signs of recovery — the combination of monetary and fiscal stimulus has been a big positive. The capital equipment overhang has probably diminished, and inventories are low.

All things considered, the near-term outlook for the U.S. economy and corporate profits is very favorable.

*An earlier version of this interview published on October 10 supplied incorrect information on the fund’s overall Star rank. The portfolio carries an overall rank of 3 Stars by Standard & Poor’s, not 5 Stars, as originally issued. 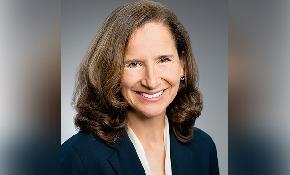 It would be the first 20-year new Treasury issue in almost 34 years.