Why Mutual Fund Investors May Get Left Out

Mutual fund investors lost a bundle on the stocks hyped by Wall Street analysts. But despite creation of a restitution pool for victims under the $1.4 billion settlement of the scandal, the nation’s 93 million mutual fund investors may end up getting zilch.

In announcing the settlement Monday, regulators said brokerage firms agreed to pay $399 million to investors who lost money because of tainted stock research. But there was no mention of whether institutional investors such as mutual funds, which hold about 20% of U.S. stocks in their portfolios, would be able to take part in the restitution.

Yesterday, two fund groups — Vanguard Group (the No. 2 fund firm, behind Fidelity Investments) and Janus Capital Group, which held many technology stocks during the late 1990s — said they would try to get money back for funds affected by the Wall Street research infractions, if the administrator allows it.

“In situations where mutual fund shareholders have been harmed, the fund shareholders should be part of the recovery,” according to Brian Mattes, a spokesman for Vanguard, of Malvern, Pa. Shelley Peterson, a Janus spokeswoman, says “Getting money back would be in the best interests of our shareholders.”

Mutual funds were certainly among those investors loading up on some of the popular stocks cited in the settlement.

Yet some legal specialists and regulatory officials say that funds won’t get top priority in the recovery fund — and they may get no money at all.

The Securities and Exchange Commission “is interested in compensating individual investors, not institutional investors,” says Barry Barbash, a former SEC official who now works with fund companies in private practice. “Funds may end up being technically eligible” to receive money, but the court-appointed official who will oversee the process is likely to “look hard at the mutual funds.” 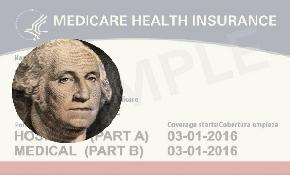