Policyholder In Quandary Over Conseco Options

By Jim ConnollyArlene Kent, a Conseco long term care policyholder in Alpine, Calif., says she and her husband are trying to decide what options ...

By Staff Writer | January 20, 2002 at 07:00 PM | The original version of this story was published on National Underwriter Life & Health Magazine
X

Arlene Kent, a Conseco long term care policyholder in Alpine, Calif., says she and her husband are trying to decide what options to select on a Conseco settlement form. They are upset both with the choices and the difficulty in receiving information about them, she adds.

Kent, a retired New York City high school teacher, says she knows the decisions they make on two LTC policies and a home health care policy are important. But she says it has been a “full time job” just getting basic information.

Conseco sent out option forms in early January that must be returned postmarked by February 4. In the Kents’ case, decisions must be made on two 8-year-old LTC policies issued by Conseco’s Transport Life Insurance Company and on one 3.5-year-old HHC policy issued by American Travellers Insurance Company. The couple has paid over $20,000 in LTC premiums, she says.

Kent says the answers she finally received leave her disillusioned. “I am losing faith in the whole industry as a result of this. I paid money in and I’m getting kicked in the teeth.” She says she and her husband followed common wisdom and bought LTC policies at early ages–56 and 62–and are now in a difficult situation.

Kent says that if she and her husband replace their LTC policies with Conseco policies that offer similar benefits, the annual premiums will climb from $2,900 to approximately $8,000. And that includes a 5% discount as well as a 10% spouse discount, she adds. In order to receive a full 20% spouse discount, she continues, the policies would need to be identical.

She questions, based on her past experience, the ‘best efforts’ language used in the settlement agreement not to raise rates if she and her husband decide to retain their existing policies. According to Kent, the total amount that they pay Conseco on a monthly basis has already increased 33%. She says the home health care policy they used as a supplement for their LTC policies had two rate increases, jumping from $64.27 to $77 and then to $96.39 a month in a 17-month period.

Kent says that if she and her husband retain their policies, and premiums are increased, they would have to equal the total increase percentage listed in a published schedule in order to be eligible for contingent nonforfeiture benefits.

In Kent’s case, the 55-59 issue age bracket would require a 90% increase in premium and in her husband’s case, at age 62, the premium increase would have to be 62% before contingent nonforfeiture benefits could be accessed.

Jim Kochinski, vice president and chief counsel with Conseco’s supplemental health division, says it is quite possible premiums on a replacement policy could increase given the age increase. New medical underwriting as well as use of attained age is necessary to ensure contracts are properly underwritten, he adds.

Kochinski says the replacement policy calls for an automatic 10% discount for married couples, an added 10% if a couple is married and living together for five years, and an additional 20% if there is preferred status, for a possible discount total of 40%. However, there is a requirement that policies be “substantially similar,” he adds, and in this particular instance, it may not be the case.

In general, initial option forms the company has received suggest most policyholders are retaining their current policies, Kochinski says.

Mark Lubbers, a Conseco spokesman, says delays in getting answers are due to calls being handled from a concurrent non-related Conseco settlement and a requirement that only agents can respond to questions such as premium rate changes. 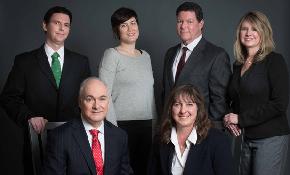 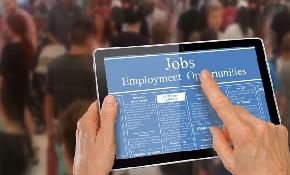