Agents Who Merged With Banks Offer 'Marital' AdviceBy Mark E. RuquetA trio of independent agents who have sold their firms to banks say the key ...

By Staff Writer | November 11, 2001 at 07:00 PM | The original version of this story was published on National Underwriter Life & Health Magazine
X

A trio of independent agents who have sold their firms to banks say the key to success in an integrated operation is for each department to stick to its own specialties while proactively referring clients to one another.

As bank-agency mergers have evolved, the marriage has helped two very divergent product lines with very different marketing attitudes grow and prosper by feeding off one another without stepping on each other’s toes, say agents who have taken the plunge.

Uniting banking products and insurance sales has helped acquired agencies grow beyond what they might have achieved had they remained purely independent, these agents contend. In return, these agents say, banks get the benefit of knowledgeable insurance agents in-house, and in the best cases the marketing tools banks lack.

But that doesn’t mean the road to success has been without bumps or detours, these agents are quick to add, contending that the full potential of agent-bank marriages has yet to be realized. The learning curve is quite steep at times, agents warn.

The Hunter Agency Inc. of Shinnston, W.Va., looked at the opportunities for growth locally three years ago and felt that everything that could be developed had already been. The independent agency decided to join up with WesBanco Bank, headquartered in Wheeling, W.Va., says Bruce Martin, a principal at the agency.

Feeling they had reached their growth potential, Martin says the agency decided the melding of insurance and banking services into an all-inclusive financial services program for clients appeared to be the perfect opportunity for growth.

The one disappointment he says he has is that the integrated services have taken longer to grow and incorporate than both he and his banking counterparts hoped. “We have not grown as fast as we wanted,” says Martin. “We probably thought we would be where we are now by the end of our second year.”

In part, he blames the diminished pace to integrate financial services on an “unrealistic” timetable, along with a longer-than-anticipated learning process. People who are used to taking orders from customers for loans and personal accounts miss opportunities to tie in banking products with insurance, he says.

Meshing the two parts together is also a continuing effort for Dallas Patterson, vice president of insurance for Community State Bank, headquartered in Des Moines, Iowa. “Having an insurance specialist for the customer seeking financial solutions in one place was intriguing to me and made a lot of sense,” says Patterson, who sold his agency to Community in 1999.

“We have been working on it every day, trying to bring together insurance and banking to get them to flow the two things,” he says. “The model in my mind is education. First you educate the employee on it and then educate the customer in the hope of bringing customers into the bank. Its a pretty simple idea.”

Meanwhile, while the aim of selling his agency two years ago was to provide greater opportunity for growth, it also turned into a second career for Richard Meador Sr., former principal at Barger Insurance Network of Waynesboro, Va., who is now senior vice president of BB&T Insurance Services Inc., which is part of BB&T Bank, in Winston-Salem, N.C.

The agency made the decision to sell after it was approached by four banks and an insurance broker, Meador says, with BB&T making an “attractive offer.” It helped that the agencys people were impressed with BB&Ts employees and the way their operation was run, he notes.

An added reason for the sale, Meador says, was the realization that it was becoming more difficult for an agency of $5.5 million in revenue to survive and prosper. Today, BB&T boasts $40 million to $50 million in insurance revenue and there are no regrets with the decision to sell to a bank, he says.

Meador says the acquisition has opened the door to opportunities that many of the younger agents in his firm would probably never have had if they had remained with a purely independent agency. Insurance operations for the bank range through seven states and continue to grow, he notes.

One key to success in the growth of bank and insurance services, Meador observes, is the philosophy of management to operate the branches as community banking operations and leave the insurance to be run by independent agents within the banking system.

“Its been like running a bunch of independent agencies,” says Meador. “It is the agency managers who are the keys to our success. From what I have seen, when you bring bankers in to run the insurance [operation], there is not a lot of success.”

All three agency heads agree the key to running a successfully integrated banking and insurance operation is to work on a referral service where each side operates its own specialty and works to refer customers from one to the other.

“The real success in building a relationship with the bank is where we all work together,” observes Meador.

“One person cant do it all anymore,” adds Patterson. “In the future [financial services] will become even more specialized.”

One reason: States and localities are collecting far less revenues. 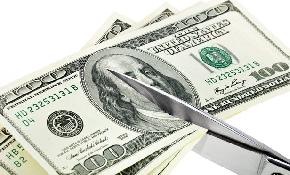