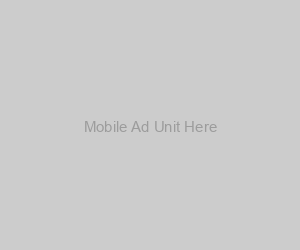 In 1977, Steve Alley, today head of the asset manager Alley Company, was on the University of Wisconsin-Madison hockey team, which was facing off against the University of Michigan for the national championship. The game went into overtime, and just seconds later, Alley scored the winning goal.

That type of success has followed Alley into to his career as an asset manager (with a stop at the Olympics and playing in the NHL along the way). The Alley Dividend Portfolio won the Envestnet/Investment Advisor Large Cap Asset Manager of the Year award.

Although the award is for performance in 2021, when presenting it to Alley, Envestnet Chief Investment Officer Tim Clift said it really was for the portfolio’s overall performance.

As Envestnet analysts point out, the portfolio’s alpha is 4.50% since 2007, and “this was accomplished with less volatility than the Russell 1000 Value Index.” And 2021 was a strong year for performance, with the portfolio beating its benchmark by 2.6%, they stated.

The philosophy of the company, and the portfolio, is to search for high-quality stocks. They sort these into two buckets. Half the portfolio is made up of “yielders,” stocks that yield between 3% to 5%. “That gives the portfolio ballast,” Alley explained.

The other half is made up of dividend growers, which are companies with dividend yields between 1% and 3%, “but whose dividend growth rate is much higher, maybe high single digits [and] in many cases, double digits. So today the portfolio yields about 3%,” he said.

Reviewing the last couple of years, Alley noted that “in 2020, the market really gravitated toward quality,” he said. “What we endeavor to do is find high-quality companies at cheap prices.” In 2020, the portfolio outperformed the Russell 1000 by almost 1,000 basis points.

However, early in 2021, when many cyclical stocks were hot — think cruise lines, airlines and autos — Alley, which doesn’t invest in those sectors, lagged the first three to five months. But as the year moved on and investors were looking for quality, the portfolio caught up and actually surpassed the benchmark by 250 basis points.

“We want to find companies that have consistent revenue and earnings and cash flow growth, [that have] strong balance sheets, meaning not too much debt, and [that] have plenty of dividend coverage,” he explained.

He emphasized the portfolio has been around for 16 years, and has had only one dividend cut, and that was during the 2008–2009 financial crisis.

Alley gave an example of one purchase in the last two years, Snap-on tools, that “has a terrific dividend record. They’ve maintained or increased their dividend every year since 1939, that’s like 80 straight years.

It had always been on the radar, but had been expensive, but during the COVID crisis, the stock got down to 12 times normalized earnings with a 3.8% yield. We bought it at $130 and it’s around $222 today.”

Alley’s hockey background weighs heavily into his disciplined approach to investing. A friend, Hall of Fame NHL General Manager Ken Holland, once said his key to success is “you need to have a plan. You need to work hard. And you need to have a little luck.”

In managing money, Alley translated that to: “You need to have a philosophy, you need to work hard, and to generate a little luck, you need to stick to your philosophy.”