I am writing this while sitting by my husband’s bed in the hospital’s rehab area. He is recovering from emergency hip surgery and is in a lot of pain.

We have just learned that if he had received a bone scan, this trauma could have been avoided.

If you are involved with retirement planning or long-term care planning, and you know what a bone scan is, you are probably thinking: a bone scan for men? That’s what women get.

My husband Bernie is in his mid 70s and in excellent health — or so we thought. He has been riding his stationary bike 20 miles every day. He does take a few medications, but nothing major.

On Tuesday morning at 12:15 a.m., he had a leg cramp and got out of bed to walk on that leg. Suddenly, he was lying on the floor in severe pain.

The bone in his upper femur had shattered, and then he fell.

I called 911 for an ambulance.

The trauma surgeon operated that day and then — hours later — came to talk to us. Bernie had what he called a fragility fracture, and it was caused by severe osteoporosis and brittle bones. We had no idea he had this problem.

The cause: He has been taking a very common medication for heartburn for years.

I first searched for the side effects of this medication, and nothing was mentioned about osteoporosis. I then put in the name of the medication and asked specifically, “Is osteoporosis a side effect?”

The answer: “This medicine may raise the chance of hip, spine and wrist fracture in people with weak bones (osteoporosis). The chance may be higher if you take this medicine (orally-disintegrating tablets) in high doses or for longer than a year, or if you are older than 50 years old.”

The pain and suffering my husband is going through now could have been avoided if we had known about this side effect.

My husband is now facing a pretty long recovery period. At least two weeks in the rehab facility with 3 hours of physical therapy daily. Then — hopefully — home with more physical therapy. We are anticipating a recovery time of up to six months.

Thank goodness, we have long-term care insurance. I am now hiring a home care agency to help.

Here is the very important message that I want to leave you with:

Search the web to see whether osteoporosis a side effect of this medication.

Here is a partial list of medications that can cause bone loss, drawn from The Man’s Guide to Osteoporosis:

One more suggestion — for my female readers: Don’t skip getting your bone scan.

I am overdue myself and making my appointment today.

Since May Is Osteoporosis Awareness And Prevention Month, here are two excellent resources you could share with clients:

Here are some important facts:

• One in three women ages 50 and older are at risk of an osteoporotic fracture.

• One in four men over age 50 will break a bone due to osteoporosis.

• The main concern is hip fractures and vertebral fractures. These fractures will require surgery and can result in the need for long-term health care, and even death.

What is scary is that generally until you break a bone, you may not be aware you have the disease. 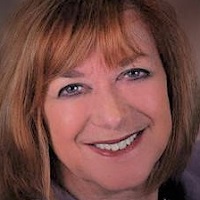 Margie Barrie, an agent with ACSIA, has been writing the LTC Insider column since 2000. She is blogging about long-term care planning with Chris Petillo, and preparing to launch an LTC podcast series, at Faegre Drinker’s LTCi Summit website.