Anthony Duwayne Turner, the former boyfriend and co-worker of slain Bank of America executive Michelle Avan, has pleaded not guilty to her murder, according to the Los Angeles district attorney.

Turner entered the plea Monday at his arraignment in Los Angeles County Superior Court in Van Nuys, California. The date for his next hearing will be set on Monday.

Avan served as a managing director at Merrill for 22 years before being promoted in June to head of BofA’s global women’s and underrepresented talent strategy, according to her LinkedIn profile.

The cause of her death was unknown, but she “appeared to have suffered trauma to her face,” according to the Los Angeles Police Department.

“We are devastated by the news,” BofA said in a statement provided to ThinkAdvisor on Tuesday. “Michelle was a valued member of our company for more than 20 years and will be greatly missed. We extend our deepest sympathies to her family.”

Avan’s son discovered her body last week, and a member of her family contacted police and Los Angeles Fire Department paramedics. “Family members became concerned when they could not contact Avan,” police said.

“Michelle was a dear friend and dedicated warrior for our community and a dear friend to me and my entire family,” Bakewell said in a Los Angeles Sentinel report.

In 2019, the Los Angeles Sentinel named Avan one of Los Angeles’ Powerful and Influential Black Women Leaders. The award recognized her for her leadership and commitment to the community in addition to her work mentoring others, especially Black women and girls.

“Ms. Avan was a leader in our community, and this senseless act of violence has resulted in a significant loss to us all,” Los Angeles County District Attorney George Gascón said. 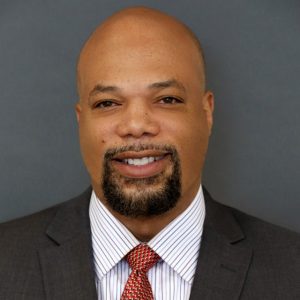 Turner, 52, of Westchester, California, was arrested Thursday afternoon and bail was set at $2 million, police said.

Turner was charged with felony murder and first-degree residential burglary in his former girlfriend’s death, according to Gascón.

On Aug. 3, Turner allegedly entered Avan’s home, and he killed her before leaving Aug. 4, the district attorney said.

Turner had been with Merrill since 2004, and his registration with the Financial Industry Regulatory Authority shifted to BofA Securities in 2019, according to his report on FINRA’s BrokerCheck.

Although Avan and Turner had been involved in a romantic relationship, she recently considered seeking a restraining order against him, NBC4′s I-Team reported, citing law enforcement sources.