Relying on Holographic Wills Is a Terrible Idea

A holographic will is a will handwritten by the testator (the maker of a will). Holographic wills are recognized in about half of the states in the United States.

My state, Florida, recognizes holographic wills under limited circumstances. If, for example, a will was handwritten by its maker, Florida will recognize the will so long as it was executed with the formalities required under state law. Florida requires, among other things, that at least two attesting witnesses must sign the will in the presence of each other, and in the presence of the maker.

While a holographic will could be valid in Florida, there are many cases where attempts to comply with the Florida will statute failed.

When a Will Is Not Valid

Use of an invalid holographic can have dire consequences.

If there are not any valid prior wills, the testator’s assets will pass to the heirs according to state law, not the intent of the testator. This is called intestacy. It is problematic for someone who makes a will — handwritten or not, because the will maker intended for the assets to pass in a particular way, and certainly not how the state’s legislature deems best.

In my experience, some people are not overly concerned with making a will. That sentiment could be caused by an individual not having many assets, or the individual relying on will alternatives, like intestacy laws, joint bank accounts, payable or transfer on death accounts, and certain deeds, such as real property owned tenancy by entirety (property owned by a married couple) or a lady bird deed.

The latter, which is also known as an enhanced life estate deed, allows the owner of the real property to have control of the property until the owner dies. The property is then transferred automatically to the person(s) named in the deed. You could think of a lady bird deed as being a pay-on-death account for real estate.

The perils of holographic wills recently made headlines with the death of Larry King, the popular talk show host.

King was a resident of California, a state that recognizes holographic wills. Here is roughly what his will stated, edited for clarity: “This is my last will and testament. It should replace all previous writings. In the event of my death, any day after the above date, I want 100% of my funds to be divided equally among any of my children, Andy, Chaia, Larry, Jr., Chance, and Cannon.”

It is likely that King’s holographic will is lacking the detail needed to fulfill his intent. For example, was King attempting to replace all previous wills and trusts? Or just prior wills? Most of his $144 million estimated net worth was in a trust. What funds was Larry referencing? He could have been referencing funds in bank accounts, mutual funds, brokerage accounts. We simply don’t know. The most tragic part of King’s attempted DYI estate planning is that two of his children, Andy and Chaia, predeceased him, and his DYI will does not provide for alternative beneficiaries, like his grandchildren.

Even if a holographic will is recognized in your state, handwriting one’s testamentary wishes is very risky.

Was the will executed in strict compliance with state law? Will it be enforced? Did it include all the necessary terms?

Learn from Larry King and encourage your clients to hire an estate planning attorney. 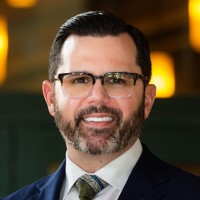