New York’s Regulation 187 has been ruled unconstitutionally vague by a state appellate court.

In a unanimous decision that ironically is a bit vague itself, the court ruled New York’s new best interest regulation lacks requisite detail to be understandable or enforceable.

While the decision could still be appealed, it is sending tremors through the regulatory world by upending a regulation issued by one of the most formidable insurance departments in the country. With the best interest movement in full swing across the country one must ask what are the larger implications of this decision beyond the borders of the Empire State.

Regulation 187 imposes an unforgiving standard of conduct on agents requiring salespeople to consider only the interests of their clients and disclose all relevant favorable and unfavorable considerations. Interpreted literally, the regulation amounts to a quasi-fiduciary duty going well beyond today’s suitability standards and lacking any of the tempering nuances contained in the NAIC model best interest regulation.

The New York appellate court was presented with a number of issues including whether the agency exceeded its grant of authority by the legislature and whether the rule should be voided for vagueness. The court never reached the issue of regulatory authority instead ruling on the narrower basis that the regulation violates due process by virtue of its vagueness.

The court observed that regulations in general are considered too vague if they force persons of ordinary intelligence to guess at what Is required or fail to provide clear standards of enforcement to avoid resolutions on an ad hoc or subjective basis. Here the court found that Regulation 187 “fails to provide sufficient concrete, practical guidance for producers” and what guidelines are provided “rely upon subjective terms that lack long-recognized and accepted meanings,” the result being producers will not know how to conduct themselves to comply.

So what should industry take away from this ruling. We wish to suggest there are three takeaways.

It is our view that New York and other states should stick with the NAIC model best interest regulation, which is concrete, practical, and enforceable. One might say — if we can make it there we can make it anywhere — as industry along with regulators and other interested parties seek to shape a rational regulatory regime for decades to come. 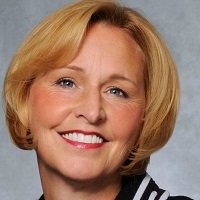 Kim O’Brien is the CEO of the Federation of Americans for Consumer Choice.