Insurers are fixated on in-the-moneyness (ITM), so should you be.

There have been several articles published recently about the challenge that insurance companies have in forecasting variable annuity policyholders’ behavior, such as how policyholders manage and make decisions about their contracts. Getting it right is critical to insurers’ profitability.

Their big concern is when a variable annuity contract gets into a deep ITM condition. This happens when the present value of the insurer’s estimated future policyholder income from the contract is significantly greater than contract’s account value.

If policyholders can recognize when this is the case, then an insurer’s assumption is that there’s a bigger probability that the policyholder will immediately exercise the right to start guaranteed income payments, resulting in a loss to the company.

How Is ITM estimated?

There’s significant debate as to how to estimate the ITM metric, and even more debate about how much the policyholder might be aware of its magnitude. One thing for sure, though, it’s not a simple calculation.

One school of thought maintains that a policyholder would need an actuary and a couple of programmers to help calculate the ITM metric. In other words, no clue.

Other insurers believe that some policyholders might use a simple proxy, such as comparing the account value to a guaranteed income base.

Others believe that some policyholders or their advisers might have access to a software app to do the job.

Just like the old real estate advice that the three best reasons to consider buying a property are “location, location, location!”, the big take away from all of this is that insurers recognize that, if a policyholder has a good, continuous estimate of a contract’s ITM metric, this will have the biggest impact on policyholder behavior and therefore, on the insurer’s bottom line.

This leads to a very important truism for these products: If policyholders want to get the most out of their variable annuities, there’s nothing more important than having an accurate estimate of a contract’s ITM.

The Most Important Retirement Planning Milestones at 8 Different Ages

The proxy ITM here is a very simple comparison of two numbers. However, the much more accurate software-estimated ITM needs a complicated method of calculation and requires the use of a sophisticated app.

But How Will I Recognize ITM When It Occurs?

First, let’s look at the proxy ITM that seems to have real ITM.

Even if all these parameters look favorable, the contract might still not have ITM. This is because, for the real ITM, we should not be comparing the bases. We should be comparing the present value of future income payments to the account value. The real value to the policyholder is the present value of these payments, which could be less than the account value, and sometimes significantly so.

There’s a Timeline of ITMs for Each Future Year

All future years have an ITM metric. Each one would have its own current value as of today. This metric would be determined by comparing the present value of income, started in any future year, with the current account value.

Needless to say, the policyholder would want to exercise income in the year when ITM has the greatest value, as of today, and that would mean deferring the income election till that year. For example, if there’s a very rich income benefit at some future retirement age that is more generous than the ones in between.

So, How Do I Calculate These Critical ITM Metrics?

So, you will need an app that calculates the ITMs in this fashion.

After the purchase of a variable annuity contract, it’s critical that an adviser constantly monitor the contract’s current ITM. These ITMs can change very quickly and sometimes in a dramatic fashion. For example, think of the 2008 crash, or early 2020 during the start of the pandemic.

An advisor needs to be prepared for any contingency. Knowing an accurate estimated ITM for the contract puts the advisor in the driver’s seat for providing the client with the best options. Armed with the ITM metric, advisors will know if they need to take immediate action or defer a specific benefit election to a later period to maximize the present value of their client’s income.

By definition, the ITM metric is, by far, the most important piece of information about a client’s variable annuity contract. Not putting in a reasonable effort to obtain the ability to monitor a good estimate of this metric, should constitute a failure to provide due diligence for an adequate risk-management of a client’s contract. 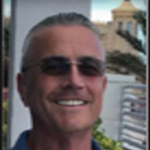 James Kavanagh is the organizer of BI-SEM, a nonprofit group that’s trying to develop a method that advisors can use to update deferred annuity valuations.