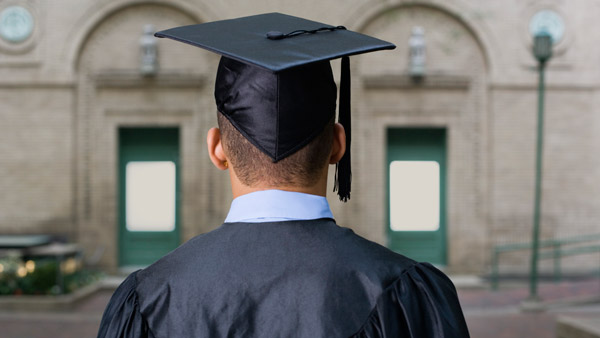 Democrats in Congress are turning up the heat on President Joe Biden to forgive $50,000 of federal student loan debt per borrower by way of executive order.

Biden has supported forgiving $10,000 per federal student loan borrower through legislation, not executive order. Congressional members want to change his mind. It’s not clear they will succeed, but Jen Psaki, Biden’s press secretary, tweeted late Thursday that the White House is “reviewing whether there are any steps he can take through executive action and he would welcome the opportunity to sign a bill sent to him by Congress.”

The President continues to support the cancelling of student debt to bring relief to students and families. Our team is reviewing whether there are any steps he can take through executive action and he would welcome the opportunity to sign a bill sent to him by Congress.

In a late morning press conference outside the Capitol, the legislators took turns explaining the urgent need for the relief and the personal and economic benefits it would provide to over 40 million borrowers who owe approximately $1.5 trillion in federal student loan debt.

“Canceling student loan debt is the single most effective executive action that President Biden  can take to kick-start this economy,” said Warren.

She added that it would help close the racial wealth gap; lift the economic prospects of tens of millions of young Americans; and increase GDP, homeownership rates, incomes, small-business formation and jobs. She said the estimated cost was about $650 billion but that would be offset by a boost in economic activity.

Does Biden Have the Authority to Cancel Debt by Executive Order?

A letter sent to Warren from the Legal Services Center of Harvard Law School in September affirmed the authority of the president to direct the secretary of education to cancel federal student loan debt, without legislation, under the Higher Education Act.

“Congress has granted the Secretary a more specific and unrestricted authority to create and to cancel or modify debt owed under federal student loan programs,” according to the letter, sent to Warren just before she and Schumer introduced a similar resolution.

How to Help Parents When College and Retirement Collide: Advisors' Advice

How to Qualify for Biden’s Student Loan Debt Forgiveness

But Mark Kantrowitz, an expert on college financial aid, says that conclusion is a “misreading of the Higher Education Act of 1965.”

What Will Biden Do?

The “real question now,” said Cody Hounanian, program director at Student Debt Crisis, a nonprofit advocacy group, “is if Joe Biden is willing to pause loan payments, why not go further and use his power to pass bold, permanent debt relief that will get us through the pandemic and further into the future?”

Seth Frotman, executive director of the Student Borrower Protection Center, said, “With the stroke of a pen, President-elect Biden has a once-in-a-generation opportunity to cancel student debt and improve the lives of tens of millions of Americans.”

At the press conference Thursday, Pressley said the newly introduced resolution has more than 50 co-sponsors in the House and the support of several hundred grassroots organizations. “This is the moment of reckoning and the president must heed our call for a long-term equitable and just economic recovery,” Pressley said.

Schumer said he spoke with the president a few weeks ago about the loan forgiveness proposal, noting the strong support it has from the public.

How to Help Parents When College and Retirement Collide: Advisors' Advice

How to Qualify for Biden’s Student Loan Debt Forgiveness