by Matthew A. Winkler

Everyone should know Cathie Wood by now.

That’s because whatever benefits central bankers bequeathed to shareholders with next-to-zero interest rates and the record $14 trillion global money supply increase in 2020, Wood beat every stock picker by betting on the innovators in DNA development who are rescuing the world from the global pandemic.

Among the 367 U.S.-based mutual funds with 60% of their $5 billion (or more) in American equities, her ARK Genomic Revolution ETF, ARK Innovation ETF and ARK Next Generation Internet ETF are far ahead, reaping bonanzas of 203%, 159% and 157%, respectively.

She also delivered a total return (income plus appreciation) that is 11 times the gain for the S&P 500; 19 times the average of equity-exchange traded funds; 17 times the advance for the health-care benchmark, and 5 times the similar measure for technology, according to data compiled by Bloomberg.

Wood achieved these feats with investments she considers so transformational that they have created enough wealth to change the economy’s trajectory before and after the coronavirus killed more than 1.7 million people this year.

Her five favorites in ARK Genomic Revolution appreciated a combined 431%. According to data compiled by Bloomberg, they comprise: 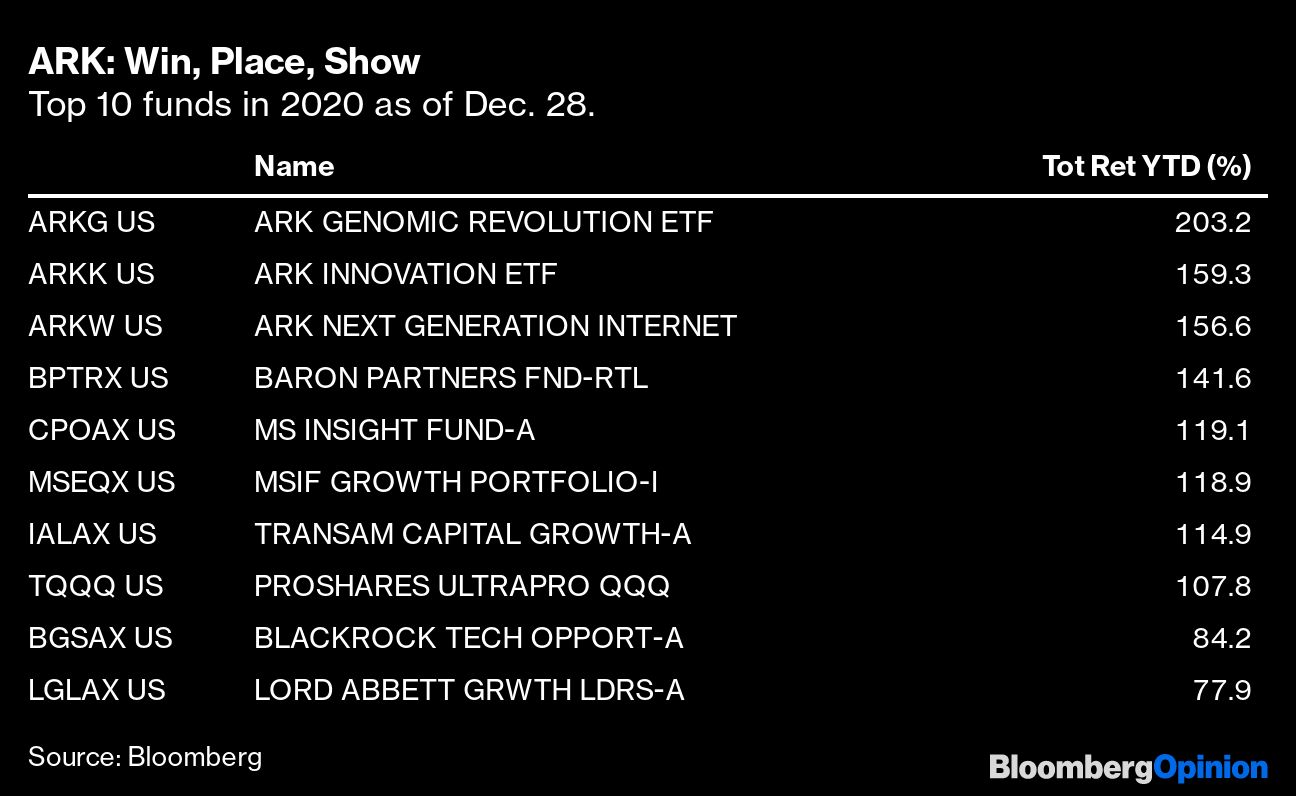 Unlike most of her competitors, who rely on market benchmarks to determine the size of their holdings, Wood enabled ARK Genomic Revolution to increase 225%, or $5.2 billion in the most recent quarter, by purchasing an additional 1.5 million shares of Arcturus Therapeutics, keeping its weighting at 4.7%.

She reduced her Invitae Corp. holding to 3.6% of the fund from 12% and cut Crispr Therapeutics to 6.2% from 8%, according to data compiled by Bloomberg.

All of which proved her prowess for dynamic and transparent investing to the extent her ARK Innovation ETF, the second-best performer among the 367 funds this year with a total return of 159%, dethroned JPMorgan in December as the largest actively managed ETF. 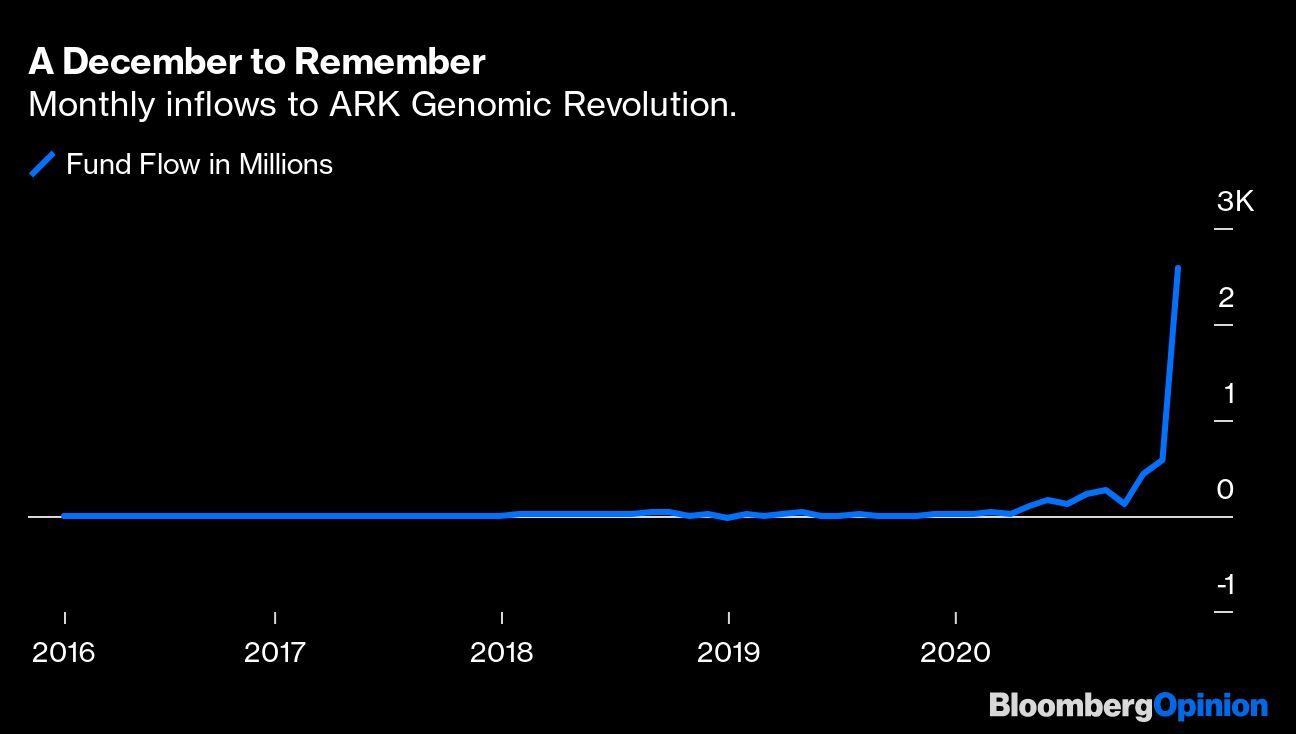 On Track With Tesla

Wood is best known for championing Tesla soon after launching Ark seven years ago when more than 60% of analysts surveyed by Bloomberg were bearish on the maker of zero-emission, battery-electric vehicles.

She made Tesla No. 1, or 10% of the fund, in 2018. She still considers it undervalued as legacy automakers lose money on their EVs, while Tesla becomes increasingly profitable because of its battery and chip technology.

Asked earlier this month what’s it like having one of the best years in the history of money management, Wood told Bloomberg’s Erik Schatzker on the Front Row program:

“The coronavirus created a tremendous number of problems, and our portfolios are all about solving problems, and our investors have been rewarded for helping to solve some of the world’s most profound problems.

“I love bringing to life new ways of looking at the world, helping people understand how the world is going to change not only in their investment portfolios but also in their own lives, their children’s lives, their grandchildren’s lives — helping them understand how to move everyone to the right side of change and really benefit from the exponential growth trajectories that are just taking off now.”