By Hannah Levitt and Matthew Monks 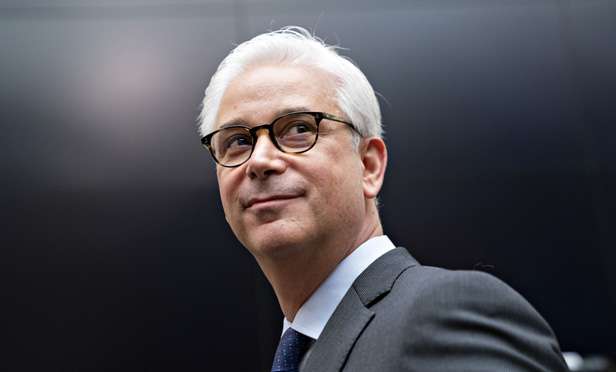 Wells Fargo & Co. is exploring selling a unit offering store-branded credit cards as the bank chooses businesses to keep or break off in a broad strategic overhaul, according to people with knowledge of the matter.

The unit providing so-called private-label cards and point-of-sale financing strikes agreements with retailers so that shoppers can buy merchandise such as jewelry, appliances and furniture on credit.

The bank has started reaching out directly to possible bidders, the people said, asking to not be named because talks are private.

Chief Executive Officer Charlie Scharf, who took over last year, has been poring over the San Francisco-based bank’s operations.

The company has started gauging bidders’ interest in a variety of businesses, with talks emerging in recent weeks to potentially sell a $607 billion asset manager, corporate-trust unit and $10 billion student-loan portfolio.

Spending in the private-label card market rose to about $191 billion last year, but Wells Fargo isn’t among the top five firms there, and it’s unclear how much its retail-financing unit is worth.

The bank hasn’t made a final decision on a sale and could still opt to keep it, the people said. A company spokesperson declined to comment on confidential deliberations.

Disposing of the unit would mark a shift for the bank from a half-decade ago. At an investor conference in 2014, then-Chief Financial Officer John Shrewsberry said the firm was looking to further build its private-label portfolio.

But the firm never closed the gap with private-label giants such as Synchrony Financial, Citigroup Inc. and Capital One Financial Corp.

While Synchrony commands roughly 40% of the private-label card market, Wells Fargo has a relatively small slice, according to the Nilson Report, an industry publication.

It estimates Wells Fargo’s share of spending on private-label cards dipped slightly to 5.75% in 2019, while the bank’s share of borrowings slipped nine basis points to 3.63%.

Scharf is preparing to lay out his vision for turning around the embattled lender after years of scandals.

He’s promised a simpler structure that focuses on key units, telling analysts last month that the firm will “continue to exit some things which aren’t core to the U.S. banking franchise.”