With more and more patients turning to direct primary care (also known as “concierge medicine”) to control their health care costs and streamline interactions with their physician, you’d think our health care system would want to encourage it as a valuable option.

The Trump administration seemed to be on board, at least at first. Last summer, an executive order even directed the Treasury Department to “propose regulations to treat expenses related to certain types of arrangements, potentially including direct primary care arrangements . . . as eligible medical expenses.”

Sounds good, right? Well, unfortunately when it comes to government regulations saying it and doing it are two different things.

Since direct primary care only covers, well, primary care, many patients (more than 21 million to be exact) choose to pair it with a high-deductible health care plan and a health savings account (HSA) to provide for additional expenses like specialists or tests. This model enhances their ability to easily access a physician who knows them and their medical needs while making fully informed decisions about additional health care costs in advance. Of course, it also allows for the tax-preferred savings that HSAs are known for.

But with HSAs come additional rules. Under law, to qualify for an HSA and the tax-advantaged benefits that come with it, individuals must be covered by a high-deductible health insurance plan. The idea behind this is that those with more out-of-pocket costs, or “skin in the game,” have a personal interest in driving down their health care costs and are therefore rewarded with an HSA.

Now, it doesn’t have to be that way. The IRS has more than enough latitude to determine that direct primary care is not and should not count as a form of insurance. Furthermore, there is little to no explanation as to why they went this route — one that conflicts with the determinations of 32 states, the U.S. Department of Health and Human Services, and at times their own rules — to begin with.

However, I’m not going to speculate. Like so many others, I’d just like to see this problem solved before the rules, which are now past the public comment period, get finalized. Another solution would be for the IRS to simply classify the services provided by direct primary care providers as “preventive” in nature, since HSA participants can have plans that cover such care before the deductible.

Originally seen as an option reserved for the wealthy, direct primary care has become more widely available in the past decade. More and more Americans are looking to it to cut through the confusing options and cut out high monthly premiums while building a strong relationship with a doctor they know and trust. Some employers are even considering using direct primary care to drive down costs.

These proposed regulations threaten all of that and for no good reason. Excluding those with a direct primary care physician from participating in an HSA shouldn’t be a forgone conclusion. Rather, it should be a forgotten proposal. And I’m optimistic that with some small changes, the proposed rules can live up to the intent of the executive order, giving patients the freedom to choose the healthcare that best meets their needs at the lowest possible cost. 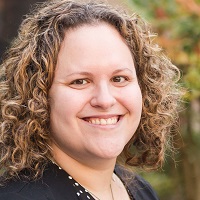 PUNCH Up Your Virtual Networking Meetings

Here's a 5-step process for turning online encounters into something useful.