5 Ways Advisors Can Be More Persuasive

The coronavirus rules, and deep uncertainty prevails. To reduce clients’ uncertainty and communicate that you’re the right financial advisor to give them the right advice at the right time, Robert Cialdini, Ph.D., aka the “Godfather of Influence,” prescribes, in an interview with ThinkAdvisor, five essential tactics to put into play now.

The popular keynote speaker — now providing such talks virtually — and Regents Professor Emeritus of Psychology and Marketing at Arizona State University is president and CEO of the consultancy Influence at Work, training company trainers in how to apply his famed principles of influence. Clients include Charles Schwab, Google, Merrill Lynch, Microsoft, Morgan Stanley and the U.S. Department of Justice.

Cialdini literally wrote the book on the science of getting what you ask for. In his classic bestseller, “Influence: The Psychology of Persuasion” (2006), he discloses six “weapons of influence” to ethically direct clients, or others, on the road to say yes.

The professor’s most recent book is “Pre-Suasion” (2016), which shows how to guide a person’s mindset to be receptive to one’s core message.

In the interview, he argues that financial advisors should prepare now for mushrooming opportunities once the coronavirus pandemic abates.

Cialdini is his own best example of making critical preparations early: He is converting the majority of his firm’s training programs from in-person to virtual, with a pilot test already completed. As he explained in the interview:

“We started preparing as soon as we saw what the pandemic was doing and how it was causing everyone to be uncertain and nervous. We overcame that by providing [clients] with something that reduces their uncertainty about being in an enclosed space with 150 other people.”

Further, the authority on adroit persuasion offers a prescription for making virtual meetings less “bloodless” by leveraging “the hottest thing” in marketing.

ThinkAdvisor recently interviewed Cialdini, who was speaking by phone from Phoenix, where his company is based. In exploring the “weapons of influence” as revealed in his seminal book, he spoke of a letter he received some 20 years ago with which was enclosed a share of Berkshire Hathaway Class A stock. “Your book has made us so much money through your principle of ‘Reciprocation’ that in return, we’re sending you a share of our stock,” wrote Charlie Munger, Warren Buffett’s vice chair and longtime partner.

THINKADVISOR: Uncertainty abounds. How can financial advisors reduce clients’ uncertainty and prepare themselves for opportunities?

ROBERT CIALDINI: Psychologists have found that when people are in a state of uncertainty, two things happen to their decision-making. First, they’re reluctant to change — they sit on the fence because they’re unsure of what to do. That’s the biggest mistake in the face of true opportunity. And they stay there until the uncertainty is reduced.

People will prefer choices that protect against losses versus those that obtain gains. That’s loss aversion, which exists anyway: We’re more motivated to avoid loss than to obtain gain of the same unit of value. But that becomes magnified under uncertainty.

Amid the uncertainty, does this era of so-called “fake news,” made-up “facts” and social media dust-ups make it harder to persuade people in a business setting?

Yes, it’s much more difficult now because people are so unsure — they’re at sea. Norms and conventions — everything — have become unsettled in their lives. There’s this high rumble of uncertainty.

How should financial advisors prepare?

They should be stockpiling evidence of their suitability to provide advice to clients along five optimal dimensions that will reduce uncertainty and [communicate] that they’re the right person to partner with, that it’s the right time to [take their advice] and that the advice they’ll provide fits clients’ circumstances.

What are the five dimensions?

The first is expertise. Advisors should start marshaling evidence of that as reflected in their background, experience and credentials relating to the issues they’ll be talking about with clients.

How do they demonstrate expertise before recommending an investment to them?

You can’t be a braggart! So you shouldn’t provide it face-to-face [either in-person or virtually]. That goes against all the rules of social interaction. If you say, “Let me tell you how great I am!” it’s really off-putting.

What should you do, then?

If you’re having a virtual meeting, someone else should introduce you. If it’s an in-person meeting, you can send a letter of introduction by regular mail or email. Say, “I’m very much looking forward to our meeting on [day] about [topic].  My background and experience relating to this is as follows:” And then you present it.

What else will support the advisor’s expertise?

Provide it from outside your office from a set of authorities — not just one person. A consensus of authorities recommending the most desirable [quality] about you reduces [clients’] uncertainty.

Trustworthiness. I know it may sound crazy — but early in your presentation, mention a mistake you’ve made and have learned from concerning the particular topic or a related one you’ll be discussing in the meeting. Companies do this in their shareholder reports: They mention an error, take responsibility for it and then tell how they changed to make sure it never happens again.

Warren Buffett does that in his shareholder letters, correct?

Exactly. Every year, right up front, on the first or second page, he tells you about something that went south — a mistake he made that, he says. he’ll never make again.

What impact does that have?

It opens you up to the next thing he’s going to say: the strengths. In 2016, there were no mistakes; so he wrote about a mistake he made in 1993 — buying Dexter Shoe, which was a Maine shoe manufacturer. It’s very important for him to demonstrate his willingness to tell us about errors that he’s made. Brilliant!

Anything else concerning the trustworthiness factor?

Mention the drawbacks associated with [your recommendation], such as, “This may take more time to show its greater valuation, but if we get in on the ground floor…” or “There may be some tax consequences with this that we’ll have to deal with.” Then say, “But these are the reasons it’s worth it.” Be sure to say the word, but.

What’s so important about that?

It signifies that you’ve just told the person something to put away and to pay attention to the next thing. If you talk about your strengths after “but” instead of before it, you’ve won the game. “But” sends people to your strengths. The time to make your strongest argument is the moment after you’ve mentioned a weakness because you’ll be providing deep evidence that counteracts it.

And the third dimension?

Similarity. This is [part of] the “Liking” [principle of persuasion] and creating rapport. Research shows that people are significantly more willing to do business with people they like. You can [encourage] others to like you by registering similarities with them. A famous study found that if negotiators began a session by exchanging personal information, they had [notably] fewer deadlocks because they liked one another more when they found commonalities such as, “Oh, you’re a runner?” I’m a runner too!” or “You’re an only child! So am I.”

Social proof [consensus]. It’s the idea of showing evidence that a lot of people in the same circumstances as [the client] have chosen a particular option that you’re recommending. Therefore, you should be stockpiling evidence and testimonials showing that. Multiple testimonials of similar others will get you the full measure of clients — a single person’s testimonial will only get you halfway.

And the fifth dimension?

Scarcity. When there’s uncertainty, people want to avoid loss, as I’ve said. So you need to tell them what they’ll lose if they fail to take a scarce opportunity [that you’re presenting]. Now you have loss aversion working for you.

The CEO of a financial services firm told me that when he was getting started, his mentor advised him that, if you call a high-wealth client at five in the morning and say, “I have a tip. I know that if you make this move, you’ll save $25,000,” he’ll scream at you and hang up. But if you say, “I’ve got this tip. If you move now, you’ll avoid losing $25,000.” Big difference!

Some FAs, thinking it’s hard-sell, might hesitate to use that approach. Thoughts?

You’re entitled to tell people who are sitting on the fence what they’ll lose if they fail to move. Especially under conditions of uncertainty, the [likelihood] of loss is greatly motivating.

Are there differences in persuading people during a virtual meeting?

Staring at a screen is bloodless — you don’t get the sense of a true interaction. [It’s like] you’re just an observer. So you have to increase the percentage of interactions and co-creation of solutions with a client.

You need to make sure to ask for their feedback more than you would in an [in-person] meeting. But don’t ask for their opinion about the solution you’re recommending — ask for their advice. That way, you’ve become a unit with them. You’re asking for a partner, and partnership is very valuable. [In contrast], when you ask for their opinion, they step away from you into themselves and separate.

But if the advisor is making an investment recommendation, how can they ask for advice? They’re the one who’s giving the advice.

On the way to the recommendation, they can ask questions to get feedback that allow them to recommend the particular [investment]. For instance, “What would your advice be on whether this would be better for your family or whether it fits your future plans and financial goals?”

Why is it effective to ask clients to contribute that way?

In marketing, it’s called “co-creation,” and it’s the hottest thing. People become loyal to those companies and brands that allow them to co-create the next model or improvement.

Do you forecast a meaningful increase in virtual meetings once the coronavirus pandemic abates?

There’s going to be a lot more remote work. We’ll be working from home even when we don’t have to worry about the pandemic anymore. But [scientists] talk about the coronavirus being like the flu in that it will show up every year in some form. We’ll just have to beat it down with a vaccine.

Of the five dimensions you’ve discussed, what’s the best one to use now? 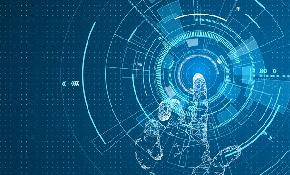