Our Candidates Should Talk a Lot More About Long-Term Care

Long-term care has “quietly” become a national crisis for America’s seniors. We say “quietly,” as our elected political leaders, entrusted with our best interests; are not doing enough to address our true health care needs. Any discussion of health care must also include an extensive discussion of long-term care for America’s seniors. Considering the health care necessities of every American senior today, our political leaders are focused elsewhere.

The good news is that we have a presidential election in 2020, and our candidates each have proposed their own solutions for America’s health care needs. However, the candidates have not proposed realistic solutions for the lack of adequate long-term care services, starting with the supply of nursing homes and other care facilities for America’s senior citizens.

(Related: Sorry, No Room for Your Mom)

Fact: Almost 10,000 Americans are turning age 65 every day. What’s even more startling is that roughly 70% of America’s seniors will need some type of long-term care. That’s why today, more than 45 million Americans have had their lifestyle turned “upside down,” by a need to care for elderly family members, according to AARP.

Fact: 70% of Americans rely on public sources such as Medicaid to cover long-term care services. By 2030, less than ten years from today, there will be 72 million Americans over age 65 (20% of the U.S. population). What’s even more disturbing is that an estimated 80% of these folks have not done any research on aging issues and long-term care planning.

Fact: “By the year 2050, there will be 18,000 more seniors who need nursing home care than there will be beds to house them,” according to AssistedLivingToday.com.

The good news is that, with improvements in medical care, it’s wonderful that Americans are living longer lives today than ever before. A married couple at age 65 today can expect that one spouse will live to age 90. Regrettably, the bad news is that while we’re living longer, we also face the greater likelihood of needing long- term care services.

Fact: Medicaid is the primary payor for long-term care services in the United States and is on very shaky ground. A recent article in The Boston Globe titled ‘Medicaid Rule Could Be Costly in Massachusetts’ stated that, “CMS [Centers for Medicare and Medicaid Services] said that the national Medicaid program grew from $456 billion in 2013 to an estimated $576 billion in 2016, with a disproportionate share of the growth falling on the federal government, whose share climbed to $363 billion.” (A three-year increase of 26% is what I would term “unworldly.” I can’t imagine any commercial business in the United States being able to continually sustain losses in revenue, year after year, and still stay in business. The good news here is that the federal government can continue to stay in business by “robbing Peter to pay Paul,” without any one entity being held accountable.)

Are you aware that by the year 2030, projections show there will be 15 million Americans with Alzheimer’s disease? If we’re currently having trouble taking care of 1.5 million elderly people today, how can we possibly take care of 15 million people in the not too distant future? Who’s going to provide care for those 15 million people? No one, based on our current long-term care system.

How Model Portfolios Work in the Real World: Advisors' Advice

View All
From Modern Bank, N.A.

Fact: With Medicaid disbursements more than doubling over the last decade, our local and federal governments are saying, “No more! We can’t spend any more money on long-term care (a/k/a providing assisted care for your aged parents). It’s not our (the states’) responsibility.” So, whose responsibility is it? Medicaid is an “entitlement” program that was never meant to pay for mom’s stay in a nursing home. So, it’s our responsibility, yours and mine.

The presidential candidates mention long-term care here and there, but it’s certainly not a prominent part of their campaigns.

Political campaigns are won based on a balance of powerful speeches backed by effective political strategies. And the campaign strategy is where the real problem lies. Politicians build campaign strategies around “popular” problems that affect most of the voters. It’s understandable politicians align themselves with popular, solvable problems. The purpose of the campaign is to get elected; no more, no less. Promise to fix it and don’t anger them!

Seems simple enough. However, the issues of eldercare are so all encompassing they affect every man, woman and child in the United States. It is not a senior issue. It is a multi-generational issue. It is not a Democratic issue nor is it a Republican issue. It is an every person issue.

An edition of the New England Journal of Medicine noted that health care was mentioned more than 1,000 times during the 35 Democratic and Republican debates during our last presidential primaries. Almost nothing was said about long-term care, despite the fact that it comprises about 10% of America’s health care spending.

When an 80-year-old Democratic father with Alzheimer’s has to move in with his Republican son, that’s not about politics. That’s the problem of an entire family whose lives have been turned upside down.

When a Republican’s son’s family can’t take care of Dad anymore, he learns there’s no available Alzheimer’s care facility within 50 miles. And the closest facility with an opening charges $400 per day. And it’s not covered by Medicare, and Dad can’t qualify for Medicaid and has no long-term care insurance.

Fact: Less than 10 % of the senior population owns long-term care insurance. Therefore, 90% of us are at risk. We face a diminishing number of nursing homes and explosive growth in the number of elders who’ll need them. What are our nation’s leaders doing today to solve this problem? Nothing . . . so far.

The risks and issues connected with long-term care are not political problems nor is this a senior or baby boomer issue. It’s everyone’s problem, and no one is actually doing anything about it. The candidates show that they know these issues exist, and that’s about it.

We, America’s voters, need to take a stand today. We need to insist that our candidates clearly define how they are going to deal with the long-term care risk currently faced by every Democratic and Republican household in America. 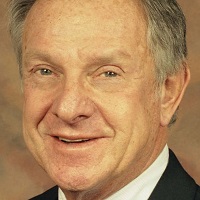 Allan Checkoway, RHU, is the principal at Disability Services Group, a Needham, Massachusetts-based benefits advisory firm, and the author of “I’m Disabled . . . Now What?” — a guide to the resources available for people whose lives have been impacted by changes in their overall health.