The wirehouse model of retirement often leaves money on the table.

Last year, Goldman Sachs dropped a cool $750 million in cash for United Capital, the RIA founded by Joe Duran 15 years earlier. This deal represented further proof the M&A market has been heating up, to say the least. A recent report from RIA consultancy Advisor Growth Strategies showed a 29% year-over-year increase in the EBITDA multiple paid for advisory firms last year. More specifically, the multiple jumped from a median of 5.1x (in 2015-2018) to 6.6x last year.

The global coronavirus pandemic has slightly slowed the pace of dealmaking in recent months, per this Fidelity report, but experts remain optimistic about valuations and dealmaking, particularly since so many buyers have a good bit of cash on hand. The pandemic is also accelerating succession plans because it’s increased the amount of uncertainty in the market.

When ready to retire, wirehouse and broker-dealer affiliated advisors can increase the market value of their practices by transitioning to an RIA model first and selling that business instead.

Financial advisors are typically around their mid-50s or early 60s and are eyeing retirement in the next three to five years. Since the amount of uncertainty in the market has skyrocketed in the wake of COVID-19, the risk of devaluation is real. A 20% correction in the market can drop the value of a business (based on EBITDA) by as much as 70%. Advisors who feel a sense of urgency about succession planning should run these numbers carefully rather than settling on an easy sunset deal. The wirehouse model of retirement often leaves money on the table.

Merrill Lynch just updated its Client Transition Program, which is now open to brokers who are at least 55 with five years or more of experience, while UBS has similar programs. In general, they tend to offer about 1.5 to 2 times your gross revenue, to be paid over a multi-year period. So, if you were doing $2 million in revenue, you’d receive $800,000 per year for, say, five years as taxable income. This is assuming there are no payout haircuts, which could shave that figure even more. The fine print varies.

The Value of an RIA

On the flip side, RIA acquisitions, once again, have been sizzling. In the past, we often saw deals sliced into thirds, where advisors received 33% upfront, 33% after a particular milestone and 33% at an earn-out phase of three to five years. But now, since the M&A market is so hot, large swaths of cash are being offered up front. It’s definitely a seller’s market. Per the aforementioned Advisor Growth Strategies, the average RIA transaction last year was 70% cash compared with to less than 50% from 2015-2018. The percentage of contingent payments declined during that time, too.

A wirehouse advisor can unlock extra value if they convert their business to an RIA and sell it. If they went to the open market to sell it with the same $2 million in gross revenues, operating at 60% EBOC, that leaves $1.2 million. Multiplied by last year’s average multiple of 6.6, the deal could be as much as $8 million. (Of course, there’s a difference between EBOC and EBITDA, which the average multiple uses, but the general gist is the same.) The deal can also be structured partially as a capital gain and partially as forbearing income.

There are other benefits when transitioning to an RIA model as well; an eventual sale to reap the benefits of the hot RIA M&A market is arguably just the cherry on top. Naturally, going independent offers advisors far more freedom with regard to everything from software to fee arrangements to company culture. Plus, as an RIA or RIA hybrid, advisors receive all of their fee-based revenues and up to 90% of revenue from commission business. That’s far more appealing than grid payout, isn’t it?

Still, the question about how to begin and execute a transition to an RIA model is a good one. My advice is relatively simple: Know what you’re good at and outsource the rest. Most advisors are great with clients and growing their business. The minutiae of everything else involved with being an entrepreneur is better left to other experts, especially for advisors crafting an exit strategy. Stick to your core competencies and keep your eye on the prize. Given the impressive valuation of RIAs right now, the transition is likely to pay off.

The bottom line is that, for advisors nearing retirement, it’s important to conduct a cost-benefit analysis of taking a traditional sunset deal vs. transitioning to an RIA model. While succession planning is urgent, it shouldn’t be rushed. A cookie-cutter sunset deal seems easier for many, but it may not maximize your value. Often, wirehouse and broker-dealer affiliated advisors can unlock value by transitioning to an RIA model first. Right now, there are multiple buyers for every seller on the RIA market and valuations continue to be high. By not transferring to an RIA model, you risk missing out on loads of value, in addition to the many other benefits of independence. 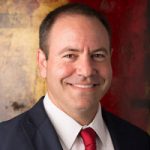 A top Lincoln executive says a great place for you to start is by taking good care of you.

The 3 Keys for Capturing Affluent Clients

Here are some ideas for unlocking doors every producer hopes to open.