Goldman-Folio Deal: The Pros and Cons

The deal could pave the way for Goldman to muscle into the RIA space.

The news that Goldman Sachs plans to acquire fintech platform and custodian Folio Financial in a deal expected to close in the third quarter should come as no surprise to our industry. As with any deal of this magnitude, at Apex Clearing, we see potential pros and cons for advisors and investors.

Large global banks and financial institutions have continued to consolidate their power in recent years by absorbing sub-scale competitors and expanding their capabilities with select acquisitions. This rapid evolution is the result of a race for vertical integration — or becoming a one-stop shop for a larger investor base — and wealth technology dominance.

Consolidation, in particular, has been sweeping the custodian and discount brokerage spaces, with Charles Schwab buying TD Ameritrade (which acquired competitor Scottrade in 2017) and Morgan Stanley acquiring E-Trade. This merger and acquisition wave in many ways has resulted from the new zero-trade-commission playing field.

At the same time, Wall Street firms with legacy technology have struggled to innovate, implement and integrate new technical solutions that improve the client experience, and have been looking to third parties for ways to bridge the gap. The future of wealth management relies on such tools, as well as tech-stack integrations and unified platforms.

This was likely the rationale behind Schwab’s recently announced deal to acquire the technology and intellectual property of the now-offline broker Motif Investing as well as Fidelity’s investment last year into self-described “tech-driven asset manager” Ethic. (According to Motif’s website, Folio purchased its client accounts prior to its shutdown.)

From the outside, this specific deal looks smart for several reasons. It will help Goldman vertically integrate its client-facing offerings like United Capital, Marcus, Ayco and Honest Dollar, and better connect the dots between their front-end platforms and the back office.

It could also allow Goldman to compete against Fidelity, Schwab and Pershing for RIA-custodied assets, if it chooses to. If so, this would have the potential to change the dynamics in wealth management and add yet another firm (and global brand) against which advisors would need to compete for retail clients as Goldman continues to push into the retail space with its Marcus property. This would be a win for Goliath, and a potential loss for advisors who are already facing economic pressures and challenges due to an over-reliance on traditional business models and antiquated processes.

From the Apex perspective, this deal is further validation that technology is revolutionizing the front, middle and back office to deliver better, smarter, more streamlined, and operationally efficient financial experiences to clients. This is always good news for modern investors who expect their investing experiences to match that of today’s online shopping offerings.

This is what led to the birth of online investing platforms over the past decade that allow investors to open accounts and begin trading stocks in minutes. And thanks to innovation like this, most recently we have seen fractional shares become a reality for investors who otherwise wouldn’t be able to afford buying pieces of their favorite companies.

And it is yet more evidence of the major shift taking place on Wall Street, as many traditional players in recent years have been acquiring fintech firms in an effort to keep up with this digital revolution. This gives us hope that, eventually, the entire industry will get there. 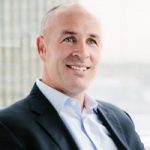 Bill Capuzzi is the CEO of Apex Clearing, the digital custody and clearing engine powering some of the biggest fintech disruptors of the past decade and driving modernization in the financial services industry.

The proposal would reduce transparency for asset managers with less than $3.5 billion in AUM.