Sometimes it takes a tragedy to make things happen. Those of us in financial services are working overtime to try and help our clients survive the most volatile market conditions of our lives, but what we’re going through is nothing compared to the stress on health care professionals, first responders, delivery personnel and anyone who deals with the public.

On a federal level, the Department of Health and Human Services is using the emergency to waive numerous restrictions that might have slowed down health care solutions. And as the worldwide economy struggles, in addition to working on aid and stimulus bills in Congress, the government is now giving banks more leeway to modify loan terms by deferring payments, reducing interest rates on outstanding loans or extending repayment periods, without having to label those situations as “troubled debt restructurings.”

I’ve long been a proponent of the idea that the best thing that government can do for business is to get out of the way. The economic record shows that regardless of who has been in the White House, when government cuts regulations, good things happen.

That’s not to say that government should completely throw out the rule book because when there are absolutely no restraints on business, the public is likely to suffer. But the best way to protect the public in most instances is not additional regulation. We’ve got more regulations than we need. What we don’t have is enough oversight.

And even when there is oversight, it doesn’t seem to be applied equally. The firms with the deepest pockets can afford to hire clever lawyers to exploit loopholes in the rules, while independent firms do their best to comply.

Regulation and oversight go hand-in-hand, but they’re not the same thing. And the bureaucrats in Washington and politicians in our statehouses and in Congress don’t seem to understand. Regulations strangle business, while oversight protects people, which is one of the primary functions of government.

The difference between oversight and regulation can be seen in our own industry by comparing how the Financial Industry Regulatory Authority and the the Securities and Exchange Commission approach financial services firms. FINRA is an independent, nongovernmental, self-regulatory organization (SRO) created “to safeguard the investing public against fraud and bad practices.” It oversees more than 3,700 brokerage firms and well over 600,000 registered reps.  It writes the rules of behavior for broker-dealers and their reps and has the power to fine or ban those who violate its rules.

Trump Orders Regulators to Cut Back Amid Pandemic

In my experience, most broker-dealers are examined annually by FINRA, which helps explain why in 2018 it collected $61 million in fines and $25.5 million in restitution for investors. It also expelled 16 member firms and barred almost 400 individuals from the securities business while also referring 919 fraud and insider trading cases for prosecution.

On the other hand, there is no SRO for RIAs who are regulated by the SEC and the states in which they do business. They are subject to regulation written by politicians and government bureaucrats who may not have any firsthand experience in financial services, which helps explain why so many regulations don’t really make any sense — they don’t do anything for the public, but make life more difficult and expensive for the industry.

RIAs are the fastest growing segment of financial services, increasing more than 23% since 2010 (from 10,511 in 2010 to 12,993 last year) and currently managing about $84 trillion in client assets. Yet despite these numbers there appears to be insufficient oversight of the practitioners. There are RIA firms that have not seen an SEC examiner in more than a decade. And in many cases, no visitors from the state, either.

In any given year, the SEC examines 15% of registered RIA firms (2,180 examinations in fiscal 2019), which is supposed to give them a clear picture of what’s happening around the industry. On average, more than 70% of the firms examined are found to have deficiencies, although only a small percentage are serious. Since only a small percentage of the deficiencies are serious enough to warrant enforcement, there are probably too many regulations to begin with, and since almost every firm has deficiencies there’s obviously insufficient oversight.

I’m not saying the SEC should conduct annual exams, but no firm should go more than five years without someone making an examination. In its list of 2020 exam priorities, the SEC’s Office of Compliance Inspections and Examinations (OCIE) said it “will continue to conduct risk-based examinations of RIAs that have never been examined, including new RIAs and RIAs registered for several years that have yet to be examined.” That’s an admirable goal, but the agency has neither the budget nor the manpower to carry it out.

And, as with FINRA, when the SEC does take enforcement action the penalties are often disproportionate. The largest firms with the most egregious violations may get hit with enormous fines that barely impact firm profitability while smaller firms are hit with fines that can put them out of business.

Right now, financial services businesses are being handcuffed by unnecessary and ineffective regulations that fail to serve the interests of either consumers or industry. A more sensible approach would be massive deregulation coupled with real oversight. We have too much regulation and not enough oversight, when what is really needed is the opposite. 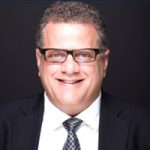 Ed Cofrancesco is founder and CEO of International Assets Advisory.

Trump Orders Regulators to Cut Back Amid Pandemic