Franklin to Buy Legg Mason in $4.5B Deal 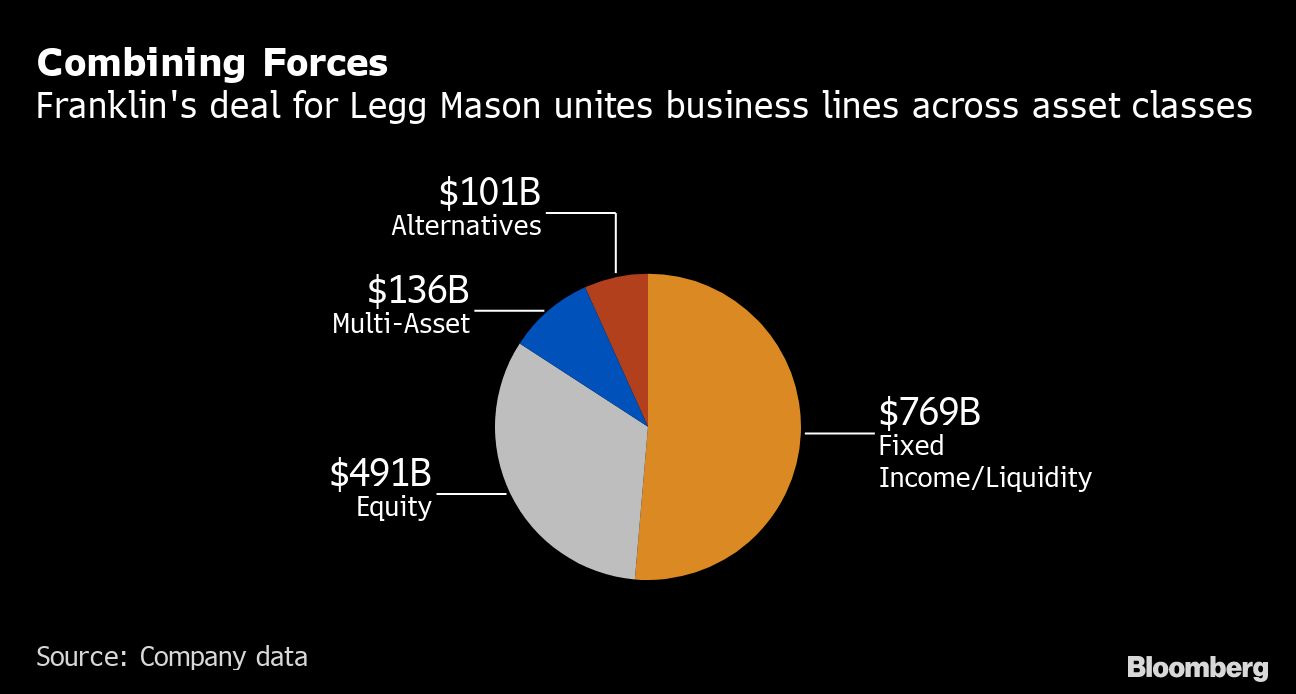 Franklin Resources — the parent firm of fund manager Franklin Templeton — is buying Legg Mason in a deal valued at nearly $4.5 billion, or $50 per share, in an all-cash transaction. Combined, the two asset managers should have about $1.5 trillion in assets under management.

U.S. equity index mutual funds and ETFs added about $1.6 trillion in assets over the past year, while active products lost roughly $1.4 trillion over the past decade, according to data from the Investment Company Institute and Bloomberg Intelligence.

“This is a landmark acquisition for our organization that unlocks substantial value and growth opportunities driven by greater scale, diversity and balance across investment strategies, distribution channels and geographies,” said Greg Johnson, executive chairman of the board of Franklin Resources, in a statement.

Franklin was formed in 1947, while Legg Mason’s predecessor firm opened its doors in 1899. As part of the deal, Franklin will take on some $2 billion of outstanding debt from Legg Mason, which had some $806 billion in assets as of Jan. 31.

The two firms say that after the deal closes, Jenny Johnson will continue to serve as president and CEO, and Greg Johnson will be executive chairman of the board.

The combined entity will be based in San Mateo, California, and operate as Franklin Templeton.

“By preserving the autonomy of each investment organization, the combination of Legg Mason and Franklin Templeton will quickly leverage our collective strengths, while minimizing the risk of disruption,” according to Joseph A. Sullivan, chairman and CEO of Legg Mason.