An Alternative to the Risk Profile Questionnaire

Measurements to quantify risk are a staple of financial planning, but do they capture the right information?

As a financial advisor, chances are you are well acquainted with the risk profile questionnaire. While they come in many varieties, the basic premise remains the same.

A group of roughly 10-20 scenario-based questions are presented to the client, typically at the onset of the relationship, in which he or she responds based on their general attitude toward market risk.

At the end, each answer corresponds to a numerical value where upon the sum of these values are used to prescribe an overall level of risk (i.e., 0-10 is very conservative, while 90-100 is very aggressive).

While a responsible and prudent advisor will obviously go into greater depth in an effort to better understand an individual’s overall financial standing, the risk profile questionnaire, nonetheless, has earned a reputation as an integral tool in assessing appropriate levels of risk, documenting the understanding between the advisor and client, and supplying a potential safeguard in the event of a branch audit.

However, in spite of all of this, it is perhaps time to call their usefulness into question as they can neither predict nor identify an individual’s behavior when confronted by real or, perhaps more important, perceived periods of risk.

Perceptions of risk and behavioral biases exist in all investors to a certain extent. This characteristic, which is currently unquantifiable, exposes the shortcomings of the risk profile questionnaire.

For instance, how often does a client come in to your office, complete a risk profile questionnaire, score in the aggressive category and subsequently panic at the first sight of a market correction out of fear that they will never recover these loses?

Conversely, how often do people score very conservative on a risk profile questionnaire as they perceive the markets to be too risky only to view their 401(k) statement and see that they have invested solely in large-cap growth funds as they perceive these funds to be “safe”? The risk profile proves to be useless in such scenarios as the perceptions of risk and behavioral biases are clearly dictating their decisions.

German Philosopher Friedrich Wilhelm Nietzsche once said, “There are no facts, only interpretations.” Despite these wise words, it is common for an individual, particularly an investor, to intertwine their perspective with what they consider to be irrefutable fact.

If a client perceives that their investments are facing imminent risk, even if that notion is not rooted in reality, the propensity to fall into a behavioral trap becomes much more likely, potentially causing irreversible damage to financial goals.

To further illustrate this point, let’s review some data from the most recent presidential election. The National Bureau of Economic Research recently published a study concerning how political party affiliation affected investors’ choices.

Research showed that following the election of Donald Trump, investors who identified as Republican increased their exposure to domestic equities while those who identified as Democratic responded by increasing their overall allocation to bonds and cash-equivalent securities, Bloomberg reported.

For Republican-leaning investors, the impulse to trade along with their political beliefs happened to work in their favor; however, it should be noted that their success in this instance is rooted in luck and not intelligence.

For our investors who identify as Democrats, it is unfortunately quite likely that this allocation shift caused major changes concerning their financial goals and objectives, likely not to their benefit.

These results unfortunately should not come as a surprise to advisors, as it is common for clients to share their perspective on markets and their willingness to act upon them.

I would guess that many advisors have heard statements such as, “I know the market is going to go down, there’s just too much bad stuff going on in the world.” Piggybacking on the data above, I would wager to say that advisors have also heard, “What do we have in place if  _____  gets elected?”

Finally, the always popular, “My friend said he made a ton of money on (insert obscure and extremely risky stock name here).” These are the all too frequent and occasionally maddening statements that practically launched the study of behavioral finance.

If the risk profile questionnaire falls short in detecting common behavioral traps, what metric should we be measuring to ensure an investor’s financial success?

Advisors certainly cannot be expected to become behavioral experts overnight, nor should it be considered realistic that advisors can train investors to overcome all of their emotions. Still, advisors should have access to resources that can mitigate the likelihood of investors acting on emotional impulses.

Given the common scenarios provided here, perhaps it would be more useful for providers of risk-based questionnaires to consider augmenting the current structure of the risk questionnaire away from general risk tolerance to detection and mitigation of behavioral biases.

By having access to resources where it can be illustrated that a client may suffer from political bias (the Democrats/Republicans will crash the market) hindsight bias (we should have known that Amazon was going to take off) or a mental accounting bias (last month, I had $1,000,000; this month, it’s $990,000. It is time to go to cash?), the ability of an advisor to be better prepared when these biases arise is increased.

Plus, it provides the opportunity for the client, when engaging for the first time with an advisor, to potentially discover that they are prone to certain biases they might not have considered to be detrimental to their investment strategy.

This allows the opportunity for an advisor to present data to that client whereupon it is shown that acting on these biases can often lead to ill-advised decisions, typically to the detriment of their financial goals.

Perhaps, in the not too distant future, this type of behavioral tool will be a staple in the financial planning process. However, until that time comes, advisors must gauge a client’s propensity to fall victim to a behavioral trap through their own judgement and diligence.

While some may feel compelled to devise their own proprietary behavioral questionnaire for client meetings, for those who are not seeking nor desire that type of format, it is essential to develop and maintain a sense of who that client is and what shapes their personality.

When meeting a client for the first time, be mindful of not only their financial goals and objectives, but who they are, where they come from, and what led them to you. Strive to provide an environment of emotional openness, incorporate and provoke questions that could signal a behavioral bias, and urge them to express what matters most to them, both financially and personally.

When confronted by a statement or concern that signals a possible inclination to succumb to an emotional investment decision, know that you have the knowledge to remedy these fears and provide a potential solution to their perceptions of risk.

Remember, it is not the duty of the advisor to take on the role of therapist, but by detecting and addressing these biases at the onset, it may provide for a relationship rooted in tangible and meaningful long-term goals with the greater potential to prevent a total derailment of a client’s financial goals than any 10-point discrepancy on a risk profile questionnaire ever could.

Joseph Torre is an analyst and manager of operations at Colarossi & Williams, a financial advisory group in Islandia, New York. 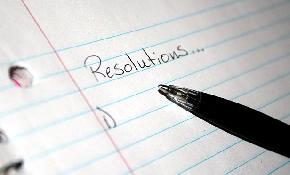 Ways to become a better investor in the long term.