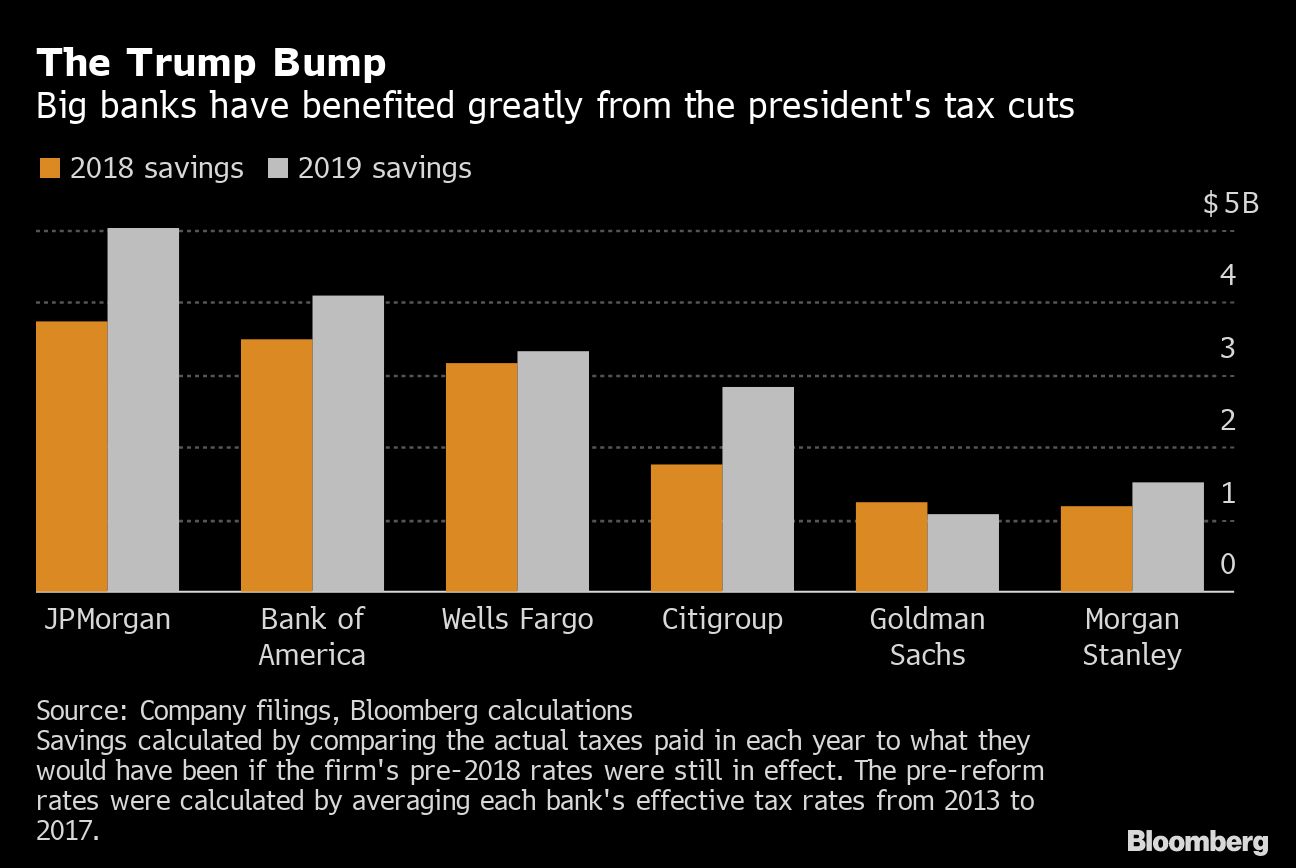 President Donald Trump’s tax reforms have left the six largest U.S. banks with $32 billion in savings over the past two years, according to analysis from Bloomberg.

Earnings at Bank of America, Citigroup, Goldman Sachs, JPMorgan, Morgan Stanley and Wells Fargo reveal the institutions reaped $18 billion in 2019, up from $14 billion in 2018, as their average effective tax rate declined to 18% last year from 20% two years ago.

Before the recent tax laws took effect, the banks paid 30%, the report said, noting that the banks cut new borrowing, slashed jobs and boosted payouts to shareholders in 2019.

The IRS Hates What Some Wealthy Clients Put in Their Life Policies: Larry Rybka

For Tax-Preferred Charitable Gifts, Use This Workaround by Year-End

These are among other trends at the six banks, Bloomberg reports:

The tax savings helped bank profits, with the six institutions posting $120 billion in total net income for 2019, above 2018’s tally. Prior to the tax cuts, they had not topped a collective $100 billion, according to Bloomberg.

The news service said Trump told JPMorgan wealth and asset management chief Mary Erdoes on Wednesday that the bank she works for should be grateful: “They just announced earnings, and they were incredible. They were very substantial. Will you say, ‘Thank you, Mr. President,’ at least, huh?”

For Tax-Preferred Charitable Gifts, Use This Workaround by Year-End