Last week, Joanne Lynn, M.D, a noted geriatrician, warned members of Congress that enormous misery is coming. It will come within the next 10 years, if the country fails to improve support programs for the elderly.

(Related: Can We Tolerate Millions of Elderly People Living in Cars?)

Many baby boomers believe that long-term care is free of charge from the government and have failed to plan for it. Most have completely ignored this topic, as it is not fun to think about or discuss.

Some are still thinking that families like those portrayed in old TV shows like Ozzie and Harriet or Leave it to Beaver are common. They think they will move in with their adult children like people did in the 1950s. Others recall the days when the nursing home said not to worry about paying for care for the first three months, because Medicare recovery care will pay for this. (This used to be accurate, but the provision was easily abused when no documentation that patients were making progress in their rehabilitation was required.)

Others tell stories of how easy it is to qualify for Medicaid — a welfare program for the impoverished. All you need to do, they think, is to sign your house over to your children, or put your money into an irrevocable trust, and then care is all free from the government.

Well, Ozzie and Harriet are long gone, Medicare only pays for recovery care after three days in a hospital (which is becoming more and more infrequent), and then only while the beneficiary is actively recovering, and most of the care you want won’t accept Medicaid.

The reason more and more of the beautiful assisted living facilities won’t accept Medicaid is that it doesn’t pay enough to cover the facility’s actual costs. Only nursing homes — the one place nobody wants to end up in — must accept Medicaid, because they also accept Medicare, their cash cow for providing Medicare-paid recovery (rehab) care.

Medicaid-covered home care is also difficult to arrange, leaving you the choice of paying for care (money or insurance) or choosing a nursing home that will accept you.

And yet many people continue to participate in a practice of planning to end up on Medicaid (welfare). While the rules seem to make this impossible, many professionals are happy to help you hide your money in irrevocable trusts and other strategies so that you are stuck in the welfare system — and will complain about being forced to end up in a nursing home instead of nicer accommodations.

Most legislators do not seem to understand how prevalent this practice is. All they need to do is Google “Medicaid planning” to see the thousands of ads for people offering their services. This is how the wealthy scam the Medicaid system and get the money for their care in front of the poor people whom Medicaid was meant for.

Long-term care insurance can go a long way to alleviate these problems. Let’s make the premiums completely income-tax deductible — which would be less costly than having Medicaid pay for care. Let’s encourage personal responsibility for our long-term care.

The solution is not for the government to start new support programs for the elderly. Instead, we need to close loopholes and provide incentives to plan for your own care. Why do we let the at-home spouse of a Medicaid recipient retain a house of up to $868,000 and not have to mortgage or reverse mortgage it to pay for some of the care?

Why do many states completely ignore the wealthy at-home spouse’s IRA and 401k accounts when giving out Medicaid to the spouse who needs care? Then there is the Two Mercedes Rule. Why do we let wealthy people get Medicaid while hard-working, middle-income taxpayers scrimp and save while essentially paying for the care the wealthy do not want to pay for themselves?

Medicaid block grants can also help. These will not deny poor people care, but instead allow states to make the changes so Medicaid dollars go to those it is intended for. Give the states a free hand to stop the abuses that federal rules ignore. Let’s wake up our legislators to the cause of the problem instead of throwing more money out to be snatched up by those who don’t want to pay their bills.

Once the abuses are stopped, and personal responsibility is encouraged, perhaps the problems of caring for our elderly will get easier.

— Read Why Are the New Hybrid LTC Policies So Popular?, on ThinkAdvisor. 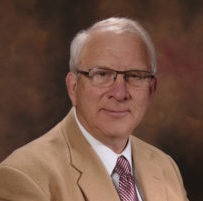 Rome Raabe, LUTCF, LTCP, is the president of The Long Term Care Guy, an insurance agency in Green Bay, Wisconsin.

An annuity specialist looks at how advisors can handle common mistakes in this area.

Athene, American Equity, Primerica, MetLife, Voya and CVS Health are some of the companies that have also posted their results.