What to Make of the Great Brokerage Cash War

Here's why some brokerage firms have taken a strategic swipe at the cash practices of online rivals.

Once upon a time in college, my Econ 101 professor opened up his first lecture with a very curious statement, saying, “There is no such thing as a free lunch,” as the theme for what we were about to learn that semester.

This made no sense to the 18-year-old me at the time, as I had enjoyed many free lunches. However, after a deep dive into the world of economics, it became quite apparent that his metaphor for how the world works, supply/demand relationships, business arrangements and, when it comes to financial services, non-transparent pricing, was spot on.

Case in point: how some brokerage firms and their affiliated banks play strategic games with pricing of their various products, services and technology.

In a world of $5 trades, “free” robo-advisors, and “$30 a month to talk to a CFP” subscriptions, it has become very difficult for discount brokers to remain profitable as technology and competition has commoditized many of the services they provide, so they must look elsewhere to finance their disruptive strategies.

And that brings us to probably one of the most overlooked asset classes out there: cash.  Believe it or not, regular old money is an incredible driver of profitability for brokers, online and otherwise.

According to an analysis done by Forbes magazine in early 2018, one firm’s interest income accounted for over 60% of its stock market valuation and over 12 times the value contribution of its trading commissions.

Some broker-dealers have the ability to sweep idle cash in their DIY brokerage accounts into their banks. Investors and independent advisors can purchase higher-yielding cash products (aka money-market funds), but it does require a call or a few clicks.

This situation may help the brokerages make up for their loss leaders of physical branches, retail financial consultants, and oh yes, $5 trades.

Combined with the higher leverage that increasing interest rates have provided these past several years, some online brokerages with strong support from their affiliated banks have been able to juice up their operating margins quite substantially. The old saying that “cash is king” has never been truer!

But with opportunity comes challenge — this time in the form of a recent broad-based strategic swipe at these cash practices among online brokers like Fidelity and Vanguard.

Both recently announced the start of a new “cash war” in broad marketing terms through full-page comparison ads in The Wall Street Journal, press releases, social media posts and other communication channels, highlighting that they, of course, do not automatically sweep DIY investors into paltry paying bank products, but rather into much, much higher-yielding money market alternatives.

Even the independent robo-advisors Wealthfront and Betterment have jumped into the cash wars, by pivoting their core businesses away from their unprofitable robo investing services into trying to become online banks with offers of higher yields on cash products.

They too, know the vulnerability of the online brokers’ dependence on harvesting cash to stay profitable, and are clutching at these last-minute pivots themselves to remain sustainable in a world of “free” robo advisory services.

Schwab’s robo, for instance, mandates a minimum allocation to its bank’s cash in order to provide the robo for “no advisory fees and no commissions.”

The brilliance of Fidelity and Vanguard re-igniting a cash war today is quite impressive. This simple marketing move, which highlights the couple of percentage points of yield on cash they are offering, strikes deep at some rival online brokers’ Achilles heel — as it will be very difficult, if not impossible, to respond, due to their massive dependence on harvesting cash to remain in the black.

How did we get to this point? How did cash become the next competitive battleground in wealth management? From a historical point of view, we’ve actually been in the cash wars for the last 40-plus years with the blending of brokerage and banking beginning in the late 1970s when Merrill Lynch invented the “Cash Management Account.”

The CMA was the first brokerage account that allowed for investing in securities, mutual funds and trading as well as offering bank account-like features to access cash, such as check writing and ATM cards.

For the first time, investors could consolidate their bank and brokerage activities into one account, a brilliant innovation. Billions were accumulated into CMAs, driven primarily from the high rates of returns in their money market funds.

During the period of high interest rates of the ‘80s and ‘90s, Merrill could sweep idle cash into these money market funds that dwarfed what banks could pay on cash, effectively turning Merrill into a preferred bank alternative.

The discount and online brokers quickly followed suit with their versions of “no account fee” CMAs, and the cash battles were on in full force with the key strategic priority to gather as many assets as these competitors could into their CMA-like accounts.

Economies of scale were in play as technology quickly enabled brokerage firms to enhance their CMAs with credit cards, interchange fees, loyalty points and more, to continue to fuel the asset gathering.

A funny thing happened, however, along this cash journey, which ended up slowly draining the momentum from the CMA revolution: the 25-plus-year decline in interest rates, which basically hit zero after the financial crisis of 2008-2009.

For the last 10 years, we have been in a low-rate environment, putting tremendous pressure on money market funds to not “break the buck,” causing serious pain to the discount brokers in the form of hundred-million dollar subsidies to investors in order to keep the net asset value of money funds above $1.

As a result, all of that idle cash being swept into money funds wasn’t such a great asset gathering strategy anymore; in fact it was becoming a massive liability. Ironically, instead of wanting to be a bank alternative, the discount brokers desperately needed to find a real bank they could offload their cash into.

Through acquisitions, de novo startups and other deal-making, some online brokers have successfully created banks they could leverage to harvest that cash, and their reformed cash sweeps regained that profitability swagger with recent interest rate increases (despite the last Federal Reserve move to lower rates a bit).

Life was good again. So much so, that their strategies have become “live on interest income, while giving everything else away for free” to gather as many assets as possible from their retail and advisory channels.

That brings us full circle to my Econ 101 professor’s wise saying about lunches not being free. The latest salvos from Fidelity and Vanguard in the cash wars of 2019 are once again highlighting the upside-down nature of brokerage pricing. 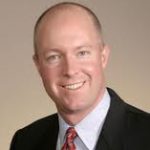 Timothy D. Welsh, CFP, is President, CEO and founder of Nexus Strategy LLC, a leading consulting firm to the wealth management industry; he can be reached at tim@nexus-strategy.com or on Twitter @NexusStrategy. Before becoming an industry consultant and blogger, Welsh worked for Charles Schwab (1999-2005) and Merrill Lynch (1992-1999).

Timothy D. Welsh, CFP, is president, CEO and founder of Nexus Strategy. He consults for firms in the wealth management industry and may occasionally mention them in his writing, which does not represent an endorsement or recommendation. Reach him at tim@nexus-strategy.com or on Twitter @NexusStrategy.

Actions to Take in the Time of COVID-19

And, no, hiding under a bed is not one of the recommended actions.

What Can You Do While Stuck at Home?

You've got your work obligations covered. What else are you going to do with your time? 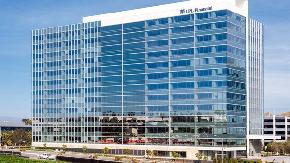