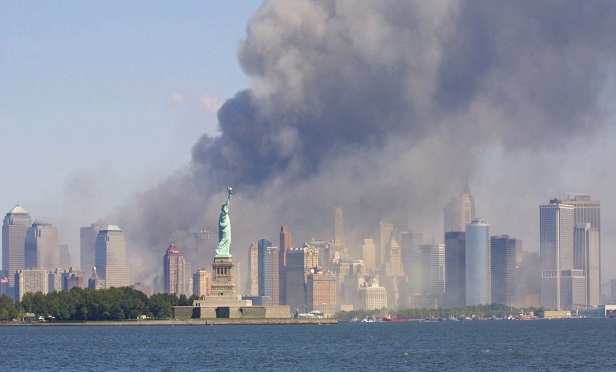 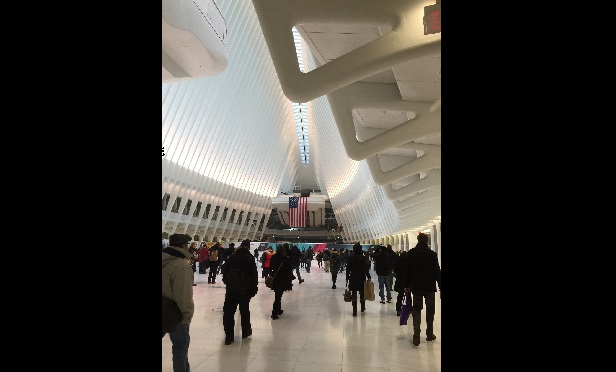 Here's the Oculus, a part of the shopping mall and transit center now located just to the east of the Twin Towers site. (Photo: Allison Bell/ALM)

The following is an updated version of an article that ran Sept. 11, 2018.

Today is the 18th anniversary of the terrorist attacks on the World Trade Center in New York, and on the Pentagon in Washington, D.C.

One way to observe the day is to reflect solemnly on what happened during the attacks, and on ideas to prevent anything like that from happening again.

Another way is to go out and market and sell more life insurance.

The New York World Trade Center Twin Towers were not full, generally, of people who spent their days in solemn reflection. It was full of people who were trying to make a lot of money in international trade or financial services.

They were hoping to get rich quick, or, at least, become affluent sooner or later, by doing things like trading futures contracts, insuring commercial clients against property-casualty risks, providing capital for insurers, and writing, managing or selling life, health and annuity products.

On Sept. 10, 2001, Humana Inc. was preparing to promote a new line of individual major medical insurance products at the World Trade Center.

Sandler O’Neill was preparing to bring insurers and investors together at an insurance conference at the World Trade Center.

Officials at the National Association of Insurance Commissioners’ Securities Valuation Office were busy trying to help U.S. life insurers and other insurers verify that the securities in their investment portfolios were good securities.

For anyone who had offices in the World Trade Center, or was preparing to hold an event there, everything changed, in the course of just few hours on Sept. 11.

Even life insurance agents themselves sometimes seem to feel as if they have to apologize for talking about what they do, because the topic is “so boring.”

Of course, life insurance seems “boring” because it’s about the possibility that everything could change, in the course of just a few hours.

Nothing human beings do ever works perfectly.

Some life insurance products may come out of the chute with known flaws.

Some may look good but turn out to have worms in them.

But, on a good day, life insurers and life insurance agents are out there using every bit of energy they can scrape up to try to protect people against catastrophe, as well as they know how, mainly because doing so is a good, honorable way to earn a living.

When agents make an extra prospect aware of life insurance, or sell one extra life insurance policy, they honor the memory of those who died in the attacks on the World Trade Center by fighting to make the world better one family at a time.

— Read NAIC: Our WTC workers are safe, on ThinkAdvisor.

Federal agencies are looking for comments on the "covered funds" restrictions in the rule.