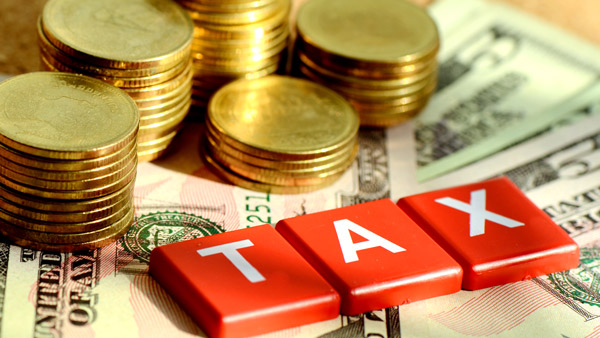 About 10.9 million people are losing out on one of their most prized tax breaks — the deduction for state and local taxes.

That’s the number of people the Treasury Inspector General for Tax Administration estimates had tax bills above the $10,000 deduction cap included in the 2017 tax overhaul. The law limited the amount of state and local taxes — or SALT — that taxpayers can write off, a change most acutely felt in high-tax states including New York, New Jersey, Maryland and California, where tax bills can easily exceed the threshold.

These taxpayers collectively have $323 billion in state and local tax bills that can’t be deducted, according to a redacted version of the report initially released Tuesday. The limitation has caused a series of bill introductions in Congress from New York and New Jersey lawmakers seeking to reinstate the full SALT deduction.

The report issued on Tuesday was heavily redacted. Treasury’s inspector general reports frequently include redacted information to protect sensitive details, such as IRS’s audit processes that the public could exploit.

This report contained no such information. House Democrats released the full report on Wednesday.

The report found that the IRS worked quickly to issue guidance to block high-tax states’ efforts to pass laws that would allow their taxpayers to avoid the SALT limitation. Legislatures in New York, New Jersey and Connecticut were all considering bills to create workarounds to the SALT cap, which were invalidated by the IRS guidance, which the report said Treasury Secretary Steven Mnuchin reviewed.

El-Erian: 'Short and Shallow' Recession View Could Be a Trap

10 States Where Home Values Have Increased Most Since 2021

The report comes as taxpayers are in the middle of filing their returns to the IRS for the first time under the new tax law. In addition to the SALT deduction limit, many taxpayers are also finding that their refunds are smaller than anticipated because of changes in withholding throughout the year.

Representative Thomas Suozzi, a New York Democrat, estimates that more than 250,000 of his constituents — or about half the people he represents on Long Island — are hit by the cap. Many of those taxpayers with large tax bills are middle-class workers, he said.

President Donald Trump met with New York Governor Andrew Cuomo earlier this month about revising the SALT cap. Trump earlier this month he was “open to talking about” changes to the provision, but offered no assurances he would back any SALT changes.

Eight governors have formed a coalition to fight the SALT cap, but the outlook in Congress isn’t favorable. Senate Republicans have already said they will not revisit the issue.