UBS Wealth Said to Plan Bonus Cuts of Up to 20% 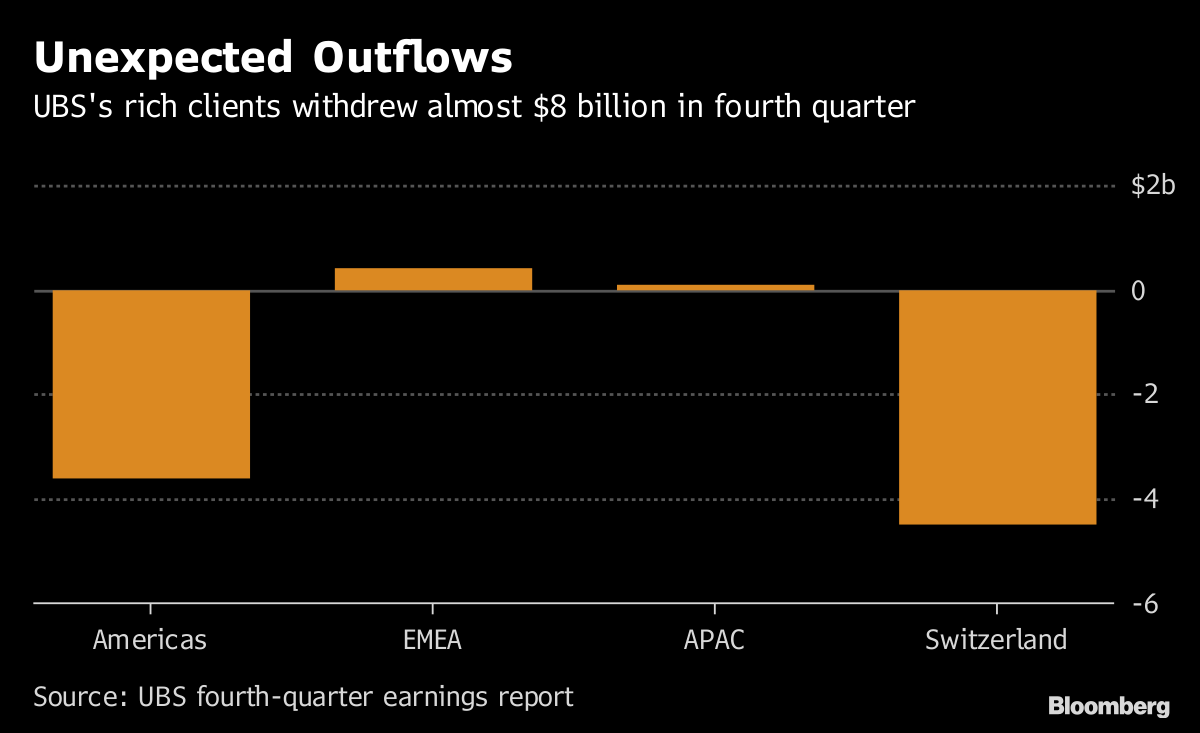 UBS Group AG is telling some wealth managers in Asia and Europe to expect a bonus cut of as much as 20 percent for 2018, people with knowledge of the matter said, after the business missed estimates in the fourth quarter.

The Swiss bank is keeping expectations low after a bad stretch in the final three months of the year, said the people, who asked not to be identified because the matter is private.

Clients pulled about $8 billion from the wealth unit as financial market volatility pressured both stocks and fixed-income assets.

The withdrawals topped off a year that also saw clients reduce their borrowing, amid swings in asset values. Transaction-based revenue, especially in the Americas and the Asia-Pacific region, fell to the lowest in a decade in the quarter.

Private bankers hauled in 40 percent less new money in 2018 than a year ago in APAC, with the total falling by about half in the Europe Middle East and Africa region. Assets under management declined across the board.

Zurich-based UBS publishes compensation information in its annual report in March, which will include other divisions such as investment banking and asset management.

The bonus pool for 2017 rose by about 6 percent to 3.1 billion Swiss francs. The number is tied to several performance indicators, including capital strength and some profitability measures.