There are three factors involved with successful acquisitions, according to industry leaders who spoke at the MarketCounsel Summit.

“M&A in wealth management is red hot — there is a frothiness out there,” said Dave Barton, vice chairman of Mercer Advisors, about today’s RIA buying and selling.

“A lot of this is being driven by industrywide consolidation, the large number of early pioneers thinking about retirement, an aging bull market and a highly competitive buyers’ environment, which is bringing people to the table in droves,” Barton explained during last week’s MarketCounsel Summit in Las Vegas.

Mercer has been on a tear — acquiring 16 firms over the past three years and adding $6 billion to its total assets. Other firms also have been busy; Wealth Partners Capital Group, for instance, has done deals for the three RIAs in which it has minority stakes.

The hot market for RIA deals is driving valuations skyward. “Prices are higher now than last year, even from just six months ago,” Barton said.

But just having the funds to make deals happen isn’t enough for success in the M&A space today, according to Rich Gill, a senior partner with Wealth Partners Capital Group.

“Ten years ago, all you needed to have was a checkbook. Now that doesn’t work,” he said, during a panel discussion led by Pershing Advisor Solutions Managing Director Gabe Garcia.

“There are so many options, and the hyper-competitive nature of the buyer community is making everyone work harder,” Gill explained.

Buyers must “articulate the added value they bring to the table in terms of strategic positioning, as well as [provide] assurances that the sellers’ staffs and clients will be well taken care of,” he said.

Barton agrees: “Sellers are scientists, they are financial planners and have a much broader view of what they are trying to accomplish. Price, of course, is a consideration  — you have to be in the ballpark.

“But you also need to make sure staff is taken care of [and] clients are taken care of. These are the three boxes that need to be checked: price, clients, staff,” he said.

Barton sees his M&A success stemming from what Mercer brings to the table. “We communicate clearly that we believe there is a talent shortage in the industry, there is room for everyone — particularly in a firm of Mercer’s size, so the seller knows … that their staff will have a home,” he said.

Both buyers and sellers need to dig into the cultural issues to see if there will be a fit from an M&A they are contemplating, according to Greg Friedman, CEO of the wealth management firm Private Ocean.

“Right now, most people focus 80% of their attention on negotiating the terms of the deal, and only 20% on how the firms will integrate. This should absolutely be flipped, so you spend 80% of your time getting to know your new partners,” he explained.

“Even the simplest of details can turn into big issues later on, depending on how you define things up front, such as client service, investing philosophy, organizational structures and more,” Friedman added.

The M&A leaders agree that successful transactions must entail efforts to ensure that investor clients stick around.

“The top three questions clients have in these deals are: Will the selling advisor be joining the new firm? Will the staff transition? And does the buying firm have high integrity?” Barton said.

“That is why we focus on extending the career of the seller, finding them a new role, while also onboarding the staff and communicating the value Mercer can bring to the new clients,” he explained.

MarketCounsel Summit, a yearly event that is the brainchild of attorney Brian Hamburger, also featured basketball star and entrepreneur Earvin “Magic” Johnson, who regaled the crowd with colorful stories of his success in the NBA and how he transitioned into the worlds of business and investing.

(Vice President Al Gore and Vanguard founder Jack Bogle were on the speaking agenda. But Gore had to bow out and attend the funeral of President George H.W. Bush, and Bogle was in the hospital.)

Also, a fiduciary panel that included former DOL Secretary Phylis Borzi lamented the fact that Reg BI would be a “watered down” fiduciary standard that would put the industry even further behind on its goal of having a consumer-friendly rule.

Add in the “patchwork quilt” of states having their own potential fiduciary standard, and this will be a very rocky road forward with no consensus in sight, according to the members of the panel.

A technology panel featured Redtail CEO Brian McLaughlin, Orion CEO Eric Clarke and Riskalyze CEO Aaron Klein and stressed that there is no “easy button” for advisors to push when it comes to making multiple systems and custodians work seamlessly together.

“The industry has many edge cases that require customization that we all need to accommodate, however by doing so, the complexity is increased,” said Clarke.

Snappy Kracken CEO Robert Sofia led a compelling discussion in which he pointed out that marketing for advisors needs to change, as the world has gone increasingly mobile/digital.

This means original content is key to driving engagement for lead generation and nurturing. “The last thing you want to do is push out canned content that every other advisor is using,” Sophia said.

To learn more about what went on at the 2018 MarketCounsel Summit, check out the many tweets on the #MSUM2018 hashtag on Twitter. 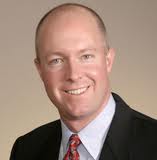 Timothy D. Welsh, CFP, is president and founder of Nexus Strategy, a leading consulting firm for the wealth management industry. He can be reached at tim@nexus-strategy.com or on Twitter @NexusStrategy.

Timothy D. Welsh, CFP, is president, CEO and founder of Nexus Strategy. He consults for firms in the wealth management industry and may occasionally mention them in his writing, which does not represent an endorsement or recommendation. Reach him at tim@nexus-strategy.com or on Twitter @NexusStrategy.

One expert said outbreaks could start to emerge in the United States in about two to four weeks.

Meanwhile, Raymond James and Wells Fargo pick up advisors from wirehouse firms and other broker-dealers.

As the bank makes another down-market move, ex-CEO Phil Purcell says all major deals come with ‘blood and pain.’