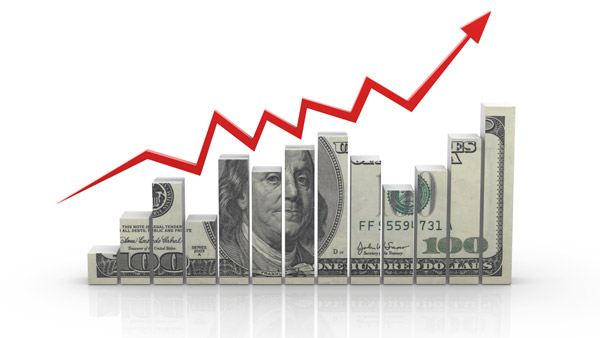 U.S. government debt is on track this year to rise at the fastest pace since 2012, as a stronger economy fails to keep pace with the wave of red ink that’s rising under the Trump administration.

Total public debt outstanding has jumped by $1.36 trillion, or 6.6 percent, since the start of 2018, and by $1.9 trillion since President Donald Trump took office, according to the latest Treasury Department figures. The latter figure is roughly the size of Brazil’s gross domestic product.

If this year’s growth rate is sustained through the end of the year, it would be the biggest jump in percentage terms since the last year of President Barack Obama’s first term, at a time when the economy needed fiscal stimulus in the aftermath of the financial crisis.

As of Monday, the nation’s debt stood at a record $21.9 trillion.

The borrowing is needed to cover a budget deficit that expanded by an estimated $779 billion in Trump’s first full fiscal year as president, the widest fiscal gap in six years. By the end of Trump’s first term, the debt is expected to rise by $4.4 trillion despite historically low unemployment, and relatively low interest rates and robust growth.

Fights over fiscal policy have been making news lately, and the acrimony between Trump and the House Democratic leadership doesn’t engender confidence about compromise plans coming together any time soon.