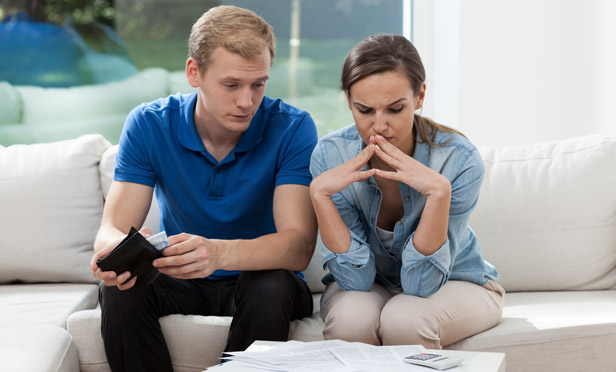 U.S. households have been taking on more debt for 17 straight quarters, leading to a total debt burden of $13.51 trillion at the end of the third quarter, according to the New York Fed.

In addition to debt levels, delinquency rates also increased in the third quarter, from 4.5% in the second quarter to 4.7% in the third, reaching the highest rate in seven years.

Of the $638 billion in delinquent debt, 65% or $415 billion was at least 90 days overdue, aka “seriously delinquent,” and student loan debt led in the deterioration.

While outstanding student loan debt increased 2.6% to $1.44 trillion as of September 30, 2018, 11.5% of student loans was 90+ days delinquent or in default. The flow of student debt into serious delinquency increased 9.1% but the rate could be twice as high because about half of those loans are in deferment, in forbearance or enjoying a grace period and thus temporarily removed from the repayment cycle, according to the New York Fed.

Mortgages continued to be the single greatest debt burden for American consumers, but mortgage debt increased at a slower pace than any other category of household because of  historically tighter lending conditions, the New York Fed reported. The median credit score of new mortgages was 758, which suggests that more than half of all mortgages are going to individuals with high credit scores, according to the New York Fed.

The household debt report, based on data from the New York Fed’s Consumer Credit Panel and anonymous credit records from Equifax data, also found that the share of debt held by older borrowers, 60 and above, increased while the share held by younger people held steady.

There a multiple reasons for the divergence, according to the New York Fed, including the increasing number of older borrowers retiring (and presumably paying down debt more slowly) and their easier access to borrowing compared to younger cohorts because they are generally considered more credit-worthy.

“There has been a relative shift toward non-housing balances among younger borrowers, while housing balances moved to the older and more creditworthy borrowers with lower delinquency rates and better performance overall,” the New York Fed notes, in an accompanying report that breaks down borrowing patterns by age.

In contrast to mortgage debt, which includes originating loans and refinances, home equity lines of credit debt, or HELOCs, declined in the third quarter, continuing a downward trend. HELOC debt fell by $10 billion to $422 billion, the lowest level seen in 14 years.