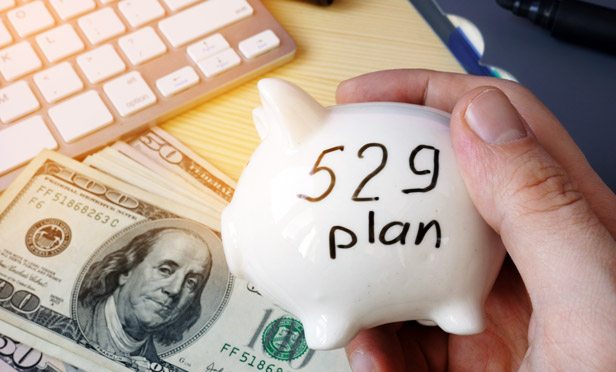 Check out this gallery to see the best and worst 529 plans, according to Morningstar.

Morningstar considered factors like fees and the strength of state and manager oversight.

Some of these plans use low-fee funds but charge high management fees.

(Related: How Much Do Families Leave Behind by Not Using 529 Plans?)

Morningstar rated 62 of the nation’s largest 529 college savings plans, which represent approximately 95% of the more than $300 billion in 529 plan assets.

“The 529 industry continues to make significant fee cuts, so plans standing still on fees have become increasingly unattractive,” said Leo Acheson, associate director of Morningstar’s multi-asset and alternative strategies team. “Plans have also continued to improve their investment lineups. For example, the Oregon College Savings Plan received a notable upgrade to Bronze from Neutral, as it switched program managers and added strong offerings from firms such as Vanguard, DFA and T. Rowe Price. Still, we downgraded more plans than we upgraded this year, as several plans under coverage have not kept pace with improvements across the landscape.”

Each year, Morningstar assigns Analyst Ratings to college savings plans based on five key pillars: process, people, parent, price, and performance. Morningstar analysts also consider if any plans convey unique benefits, such as local tax breaks, grants and scholarships, though these usually do not drive the overall outcome.

Check out the gallery above to see the best (Gold-rated) and worst (Negative-rated) 529 plans for 2018, according to Morningstar. The full list is available here.

These plans for the most part follow industry best practices, offering some combination of the following features: low fees, a strong set of underlying investments, a solid manager selection process, a well-researched asset allocation approach, an appropriate set of investment options to meet investor needs, and strong oversight from the state and program manager.

These features improve the odds that a plan will continue to be a strong option for investors. Gold-rated plans have all or a vast majority of these attributes.

Two Plans That Rely on Vanguard Get an ‘F’ for Fees

Morningstar also identified five plans that earn Negative ratings; four of which were downgraded from Neutral in 2018.

According to Morningstar, these plans lack compelling traits and have at least one flaw that makes them worth avoiding, such as high fees.

In fact, two plans that feature Vanguard as the investment manager and Ascensus as the program manager were downgraded to Negative from Neutral because of excessively high fees for Vanguard’s typically low-cost index funds.

The Arkansas GIFT College Investing Plan and North Dakota’s College SAVE have similar investment lineups and investment processes as other plans that use Vanguard as the investment manager, like the Gold-rated Vanguard 529 College Savings Plan. However, Arkansas and North Dakota are relatively small and therefore charge high program management fees that erode Vanguard’s usual edge in price.

“There’s little incentive for even in-state college savers to stay in the plans when similar fare is offered at a much more palatable price,” Morningstar said.

Morningstar analysts downgraded three of Nebraska’s plans — one of which is included among the Negative rated plans, TD Ameritrade 529 College Savings Plan — because they haven’t cut fees as aggressively as most peers.

The world's largest index provider is calling on all investors to integrate ESG throughout their investment processes. 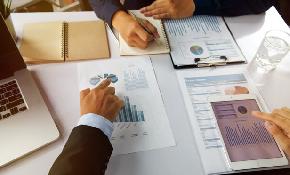 Even With an Advisor, Your Retirement Plan Probably Isn't Beating the Market: Study

A study of DC plans with advisors found that most underperformed benchmarks over a three-year period.